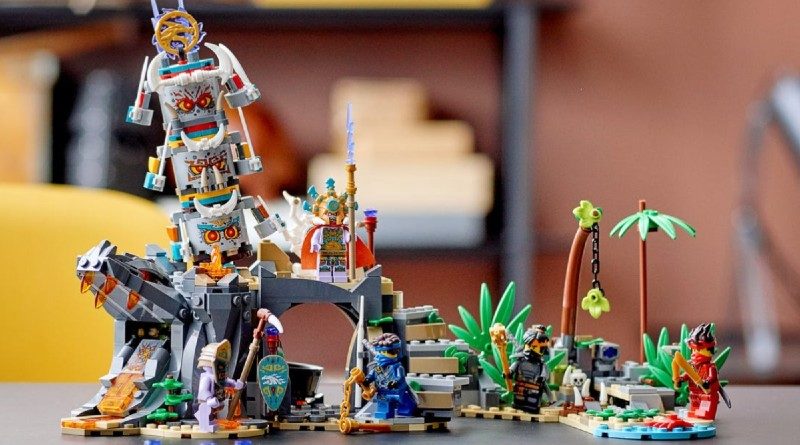 LEGO NINJAGO continues to celebrate 10 years of action-packed models with a new range of sets focusing on stories old and new.

The next season of NINJAGO is almost here, with Season 14 tasking the ninjas to explore an uncharted jungle island in search of their missing allies. To accompany the new episodes, four new sets have launched depicting fresh locations and characters, and we can’t forget the continuation of NINJAGO Legacy that will be recounting the Tournament of elements in a new model.

Younger builders will be excited to see another 4+ set that revisits a classic model. 71740 Jay’s Electro Mech includes two minifigures and three builds, all of which are quick and easy to build, a good choice for those new to LEGO or NINJAGO. Even older fans may be interested in the new mech leg pieces, which are making their debut in this set.

For those familiar with the theme, Season 14’s sets are looking colourful, with lively builds such as 71746 Jungle Dragon and another location playset, that stray’s from NINJAGO’s norm of eastern temples and shrines. 71747 The Keeper’s Village is also one of only two sets to include Chief Mammatus, the main villain for the season, and his new helmet piece for just £44.99

These are just a few of the many LEGO sets that release today, you can find a list of every single new model out March 1 on our master list.