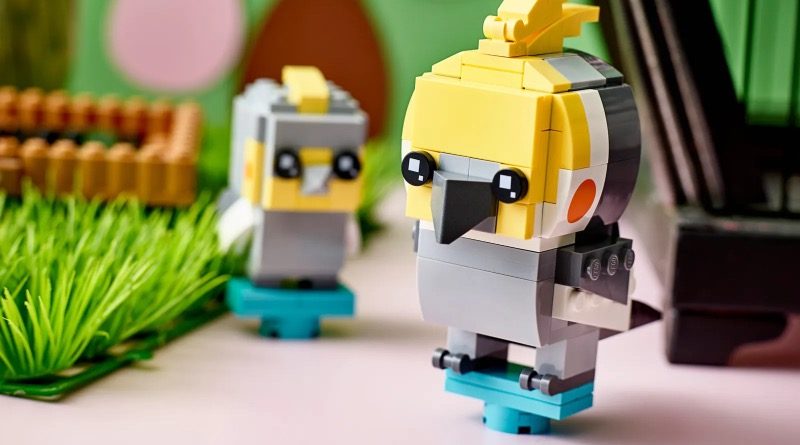 Hot on the heels of the reveal of two new LEGO BrickHeadz Pets sets, we now have the first images of 40481 Cockatiel – and confirmed release dates for all three new additions to the range.

The LEGO Group’s Building Instructions service gave us an early glimpse at 40480 Ginger Tabby and 40482 Hamster earlier today, but both those sets and 40481 Cockatiel are now listed on LEGO.com, giving us a closer look at what to expect from this summer’s BrickHeadz Pets sets.

As predicted, all three two-packs will maintain the prices established by 40440 German Shepherd, 40441 Shorthair Cats and so on earlier this year, coming in at £13.49 / $14.99 / €14.99. And like their predecessors, each set contains an adult and baby version of each animal displayed on a buildable base.

These three sets now bring the total number of LEGO BrickHeadz Pets to eight different pairs of animals. Here’s the full list of models in this subtheme so far:

The latter trio will launch at LEGO.com and in LEGO Stores on August 1, alongside the newly-revealed 21328 Seinfeld and a huge batch of new LEGO Star Wars sets.

Support the work that Brick Fanatics does by purchasing your LEGO BrickHeadz Pets through any one of our affiliate links.