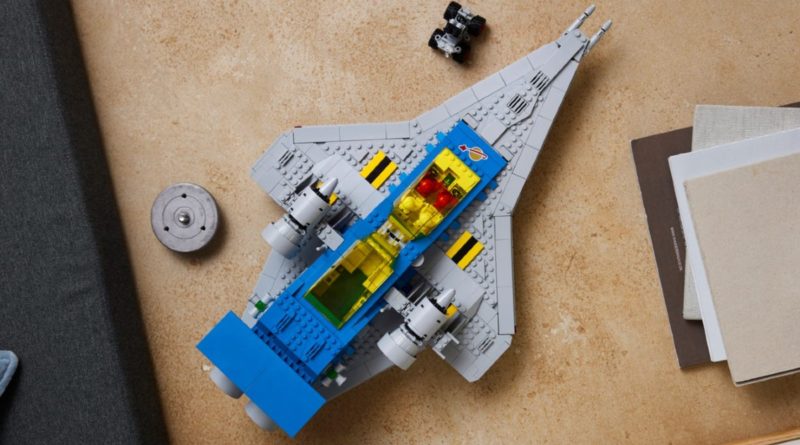 Months after release, it turns out there’s a LEGO BIONICLE Easter egg in 10497 Galaxy Explorer as minifigures discover an ancient artefact.

At the start of the LEGO BIONICLE story, canisters featuring the heroic Toa washed up on a beach and it appears that these canisters have been discovered years later by the Classic Space astronauts.

As spotted by e_milyrealms on Twitter, 10497 Galaxy Explorer has a print in the rear area of the spaceship of an astronaut staring towards the camera, documenting their team exploring a strange circular artefact.

Taking a closer look at this design and comparing it to the official artwork of the BIONICLE canisters in the story of the theme and it’s an exact match, even complete with sand underneath. Though BIONICLE wasn’t chosen for the 90th-anniversary model, it’s good to see that the theme is still in the memories and stories of designers and minifigures today.

It’s not the only reference on a control panel in 10497 Galaxy Explorer as others include one for Asteroids, the original designation of the ship and you can find out more in our detailed and image-filled review.