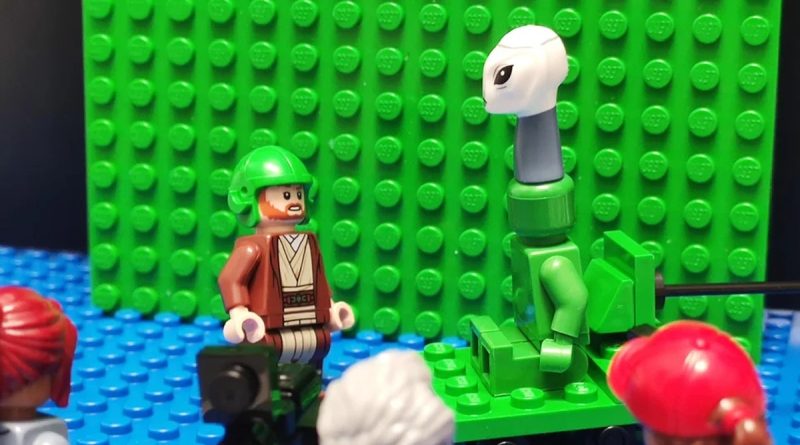 Reddit user DifficultBoat148 has used the minifigures in this recent LEGO Star Wars set to recreate what it might have been like filming Attack of the Clones, complete with builds to represent special effects.

Plenty of green elements are used in their scene with a suited minifigure in place of the Kaminoan but with their specialised head element on top. Whether they meant to or not, this is a reference to how the scenes with Kaminoans were filmed. According to the Star Wars blog, Taun We and Lama Su were represented on set using hard harts with cut-outs of Kaminoan heads taped on top.

The model showcased by the Reddit user reveals that with 75333 Obi-Wan Kenobi’s Jedi Starfighter you can get surprisingly close to this behind-the-scenes representation of Kaminoans.