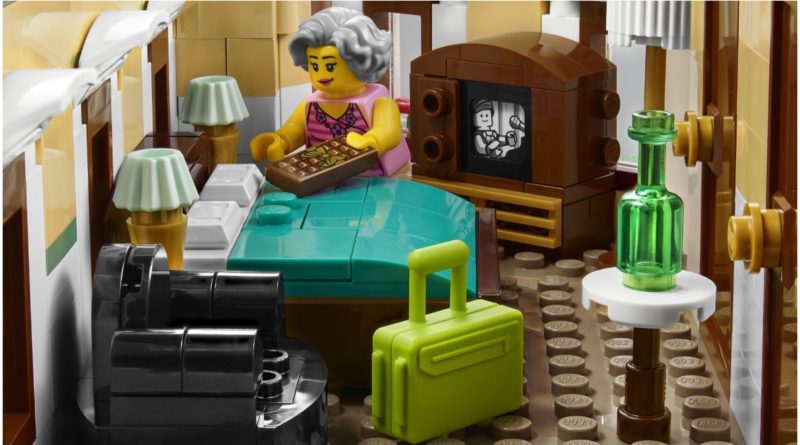 The latest LEGO modular building offers some fantastic building techniques, including a deeper dive into LEGO history – here’s five of the best.

In addition to a bigger sense of scale, LEGO modular buildings are renowned for their clever approach to set design. They frequently use familiar LEGO pieces in unfamiliar ways – welding torches for light fixtures, snow shoes for ceiling fans, Unikitty tails for masonry, and so on.

10297 Boutique Hotel is no exception, so here are five features of the new-for-2022 set that put LEGO elements to creative use.

Palm trees are nothing new in LEGO form; they’ve appeared in sets since the golden age of Pirates sets, if not earlier. However, while those trees featured bespoke pieces, this one uses existing crown elements instead.

The crown first appeared in sets like 70824 Introducing Queen Watevra Wa’Nabi; the alien queen of The LEGO Movie 2 wears it across her many transformations. In this context the crowns offer more realistic texture for the tree trunk, ensuring the attention to detail we’ve come to expect.

Televisions are another fixture of LEGO sets, within and without the Modular Buildings Collection. A similarly bulky example appeared in 10264 Corner Garage, although it didn’t quite capture the shape of televisions from that era.

This television fares better, thanks to its use of a window frame and matching pane. This opaque element features printed detail of a pianist minifigure; its slightly recessed nature offers welcome texture and a more realistic form factor.

These lampshade pieces are traditionally used to represent cupcake cases. They’ve been used before in themes like Trolls World Tour, but they’re deployed to excellent effect here.

Fine detail is something that LEGO sets often struggle with, given the blocky nature of… well, its blocks. For situations like these, minifigure accessories are an excellent way to capture unusual shapes on a small scale more elegantly.

Seating is nothing new in LEGO sets, and this hotel offers comfy (and not so comfy) seats for its guests to enjoy. A particularly lavish example can be found in the lobby. This red sofa looks very comfortable, although ironically more than one person will struggle to sit on it.

The set uses new curved elements introduced for 43179 Mickey Mouse & Minnie Mouse. In that set, the pieces were used to build a camera at a more appropriate scale. The pieces have also been used for soft furnishings before now; 21330 Home Alone uses them to produce a more accurate bed.

Since curves are a common sticking point for LEGO, elements like these are ideal for creating more organic shapes.

This isn’t so much a new concept as an old favourite, but it’s still an excellent inclusion. The transparent structure in the art gallery is actually the old Creator Expert logo, rendered using six transparent 1×1 headlight elements.

While the LEGO Group has gone all-in on sophisticated packaging, older modular buildings featured this build on their boxes. 10270 Bookshop was the last modular building to feature it, and it conveyed that we were dealing with something a bit more complex than usual. You can see the structure on the front of the box, in the top right corner.

10297 Boutique Hotel will be released on January 1, 2022. If you’d like to learn more about the set’s many secrets, check out our guide to the references in the set before its release. 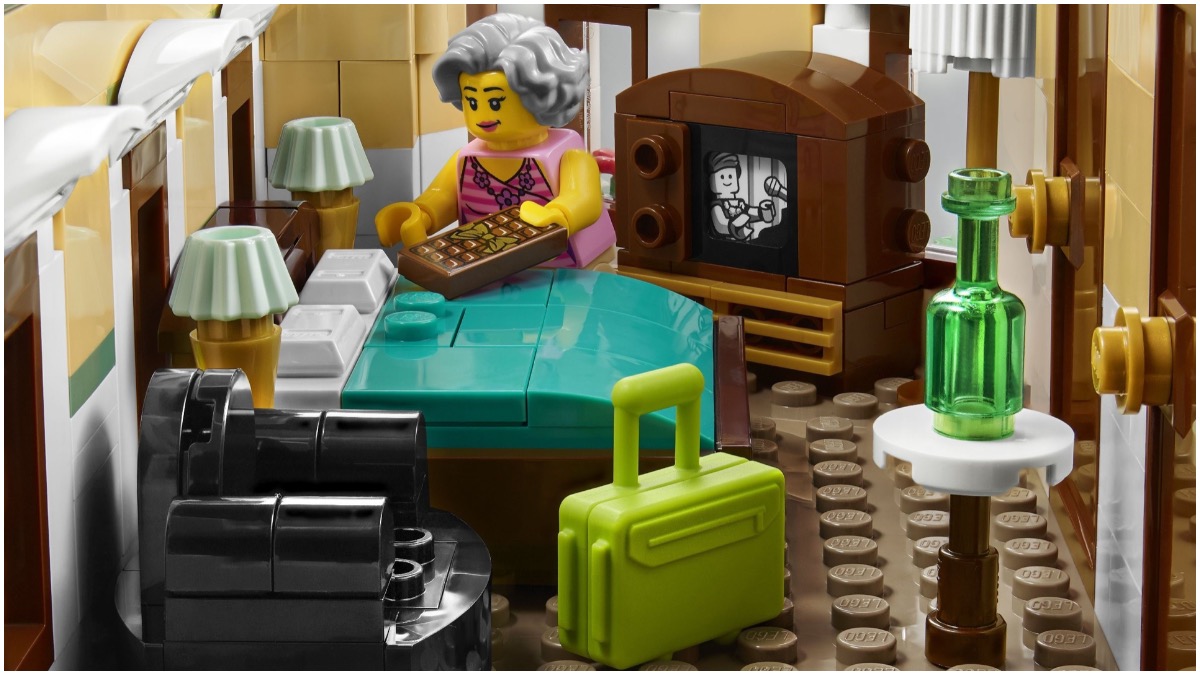