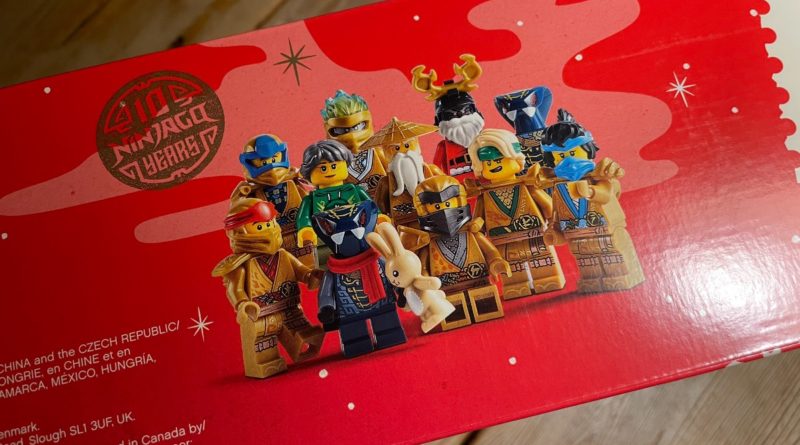 The LEGO Group’s annual employee gift has been revealed as a festive celebration of NINJAGO’s 10th anniversary.

Every year, the LEGO Group’s employees receive an exclusive set that ties into the holiday season and (typically) a relevant anniversary. 2019’s gift celebrated 20 years of LEGO Star Wars with a festive X-wing, for example, while last year’s tied into both 40 years of LEGO Education, and 50 years since the first LEGO gear wheel.

This year’s gift has now made its way out to LEGO employees all over the world, and given 2021 marks the 10th anniversary of NINJAGO – an occasion that the LEGO Group has already celebrated in its regular retail releases, spreading unique golden minifigures across its Legacy sets – it’s no surprise that the seasonal set also champions the in-house theme.

NINJAGO co-creator Tommy Andreasen has now shared the first images of 4002021 The Temple of Celebrations, which consists of a classic NINJAGO temple build decked out in festive décor, along with a Christmas tree, sleigh and dragon. The set also comes with 11 minifigures – including all six golden ninja, a golden Wu that differs from the one in 71741 NINJAGO City Gardens, and a Santa variant of Garmadon.

The instructions also feature six Christmas NINJAGO poems written by Tommy – but the Senior Creative Manager, who’s also involved in the storylines for the theme’s TV show, insists 4002021 The Temple of Celebrations doesn’t establish Christmas as canon in the world of NINJAGO.

If you want to get hold of this exclusive employee gift for yourself, your only hope is finding it on the aftermarket, as it will never be available to purchase through official channels. It’s currently fetching up to £540 on eBay, although plenty of copies have sold for between £250 and £300.