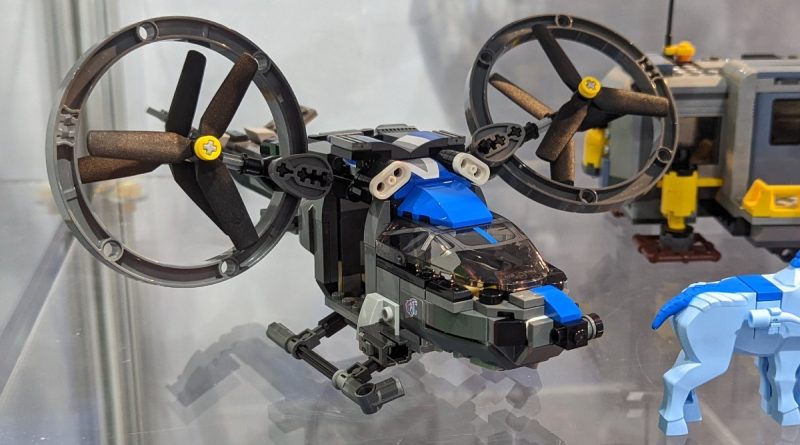 Preview night for San Diego Comic-Con 2022 is over and that means a closer look at the LEGO Group’s booth at the event, including Avatar sets.

Though the main event has yet to begin for all, San Diego Comic-Con’s preview night for 2022 – available only to select ticket-holders, press and professionals – has wrapped up with social media reactions taking us on a digital tour of the LEGO Group’s floor space.

Most of the space is taken up by a huge LEGO Bowser photo opportunity, using the moving model that was revealed in the days leading up to San Diego Comic-Con 2022. Screen Rant shared footage of this build in action on Twitter.

However, a more exciting display for most in attendance and at home is likely to be the first physical appearance of the LEGO Avatar sets in a public space, giving us a closer look at the upcoming models. The Cool Factor attended preview night, taking photos of 75574 Toruk Makto & Tree of Souls, 75573 Floating Mountains: Site 26 & RDA Samson and 40554 Jake Sully & his Avatar.

It’s unclear if any other LEGO Avatar sets were featured at preview night, but you can at least see the environment build from 75572 Jake & Neytiri’s First Banshee Flight behind the BrickHeadz.

Rounding out the LEGO booth at San Diego Comic Con 2022 is a digital brick-catching game to win a free copy of 11012 Creative White Bricks as shared by Kirsten Acuna, already-revealed LEGO Marvel models and a big build of Darth Vader from the upcoming LEGO Star Wars Summer Vacation special.

The rest of San Diego Comic-Con will include a few noteworthy panels for LEGO enthusiasts, including two from Marvel Studios and a pair specifically focused on bricks.