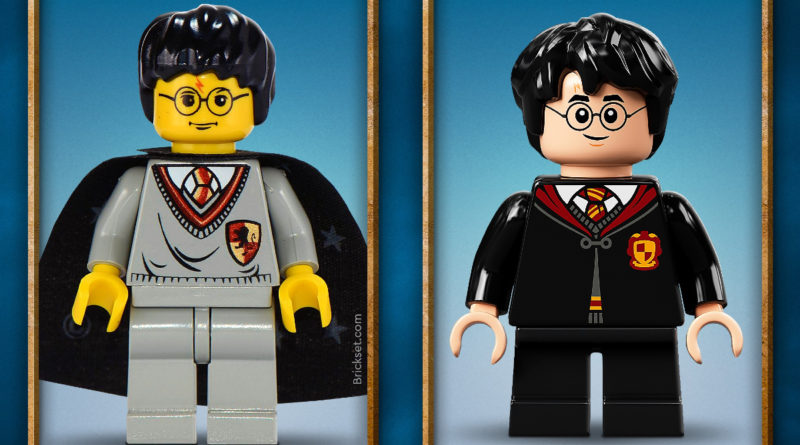 After 20 years of changes to sets and designs, the LEGO Harry Potter minifigures from 2001 have now been compared to the modern-day versions.

The LEGO Group have taken to social media to continue the celebrations for 20 years of LEGO Harry Potter ahead of this weekend’s magical mystery scavenger hunt, with images that explore just how much the theme’s minifigures have changed.

The original designs from 2001 didn’t feature the iconic minifigure faces that all LEGO characters are based on today, with a more realistic approach on yellow faces giving them a unique look. Arguably, most brick-built Wizarding World characters have been given quite the facelift over the past two decades.

The changing elements can also be compared, with hair pieces redesigned to better suit the minifigures at their presented ages or to more closely resemble their onscreen appearance. The Harry Potter hair has received substantial change, with the scar now visible through a gap in the brick rather than it being placed just below the hairline.

The largest character of the group – Hagrid – is the only one whose overall colour scheme has gotten notably brighter instead of darker, with the new coat brick that allows for a pair of shorter legs to be placed at the bottom coloured a lighter brown. The hair element has also been expanded and changed from black to a more accurate brown too.

As part of the LEGO Harry Potter 20th anniversary celebrations, the official online store is currently running an offer to grab a free 40452 Hogwarts Gryffindor Dorms gift-with-purchase with Harry Potter orders of £100 / $100 / €100 or more. You can read our detailed review of the limited-time set to see what awaits you.