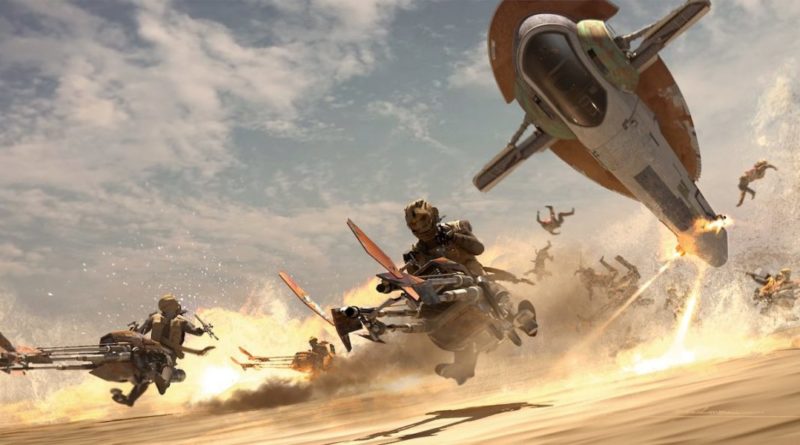 As has now become a weekly event, Lucasfilm has released a handful of images of the end credits concept art from Star Wars: The Book of Boba Fett. This time the artwork showcases the events of episode four, a chapter that saw Boba Fett finally reunited with his beloved starship and the bounty hunter’s terrible revenge on his foes.

The latest artwork from Christian Alzmann focuses on a number of key scenes from the episode, including Boba Fett emerging from the remains of the sarlacc pit, Boba Fett and Fennec Shand having a campfire meal and Black Krrsantan tearing up the Sanctuary.

There are a number of LEGO Star Wars: The Book of Boba Fett sets rumoured for release in 2022, but there’s been no confirmation from the LEGO Group so far. As such they should be treated with speculation until such time as we know any potential official details.

Star Wars: The Book of Boba Fett is currently streaming on Disney+ with episode five due to drop January 26.