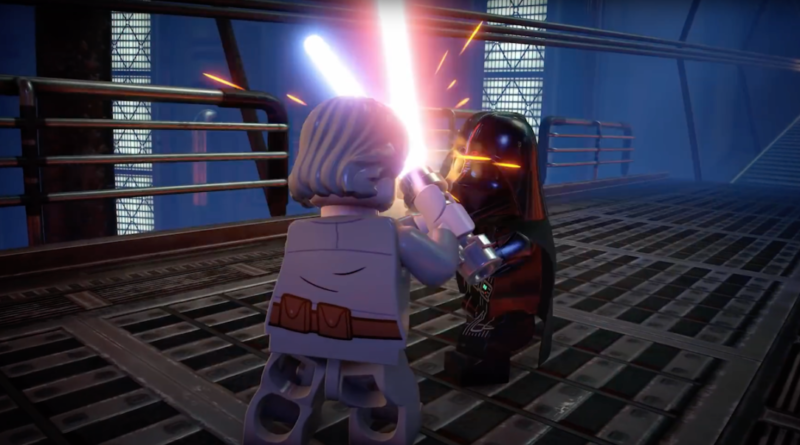 Melee and lightsaber battles in LEGO Star Wars: The Skywalker Saga are being given an overhaul, with a greater mastery of moves and combo chains available. In addition, Jedi and Dark Side characters will also be able to get to grips with additional Force powers that have only now been revealed.

TT Games’ LEGO Star Wars titles have always featured the Force in one form or another, with players able to push and pick up items and characters, as well as throw objects to cause damage. Whilst Force abilities have been added incrementally with each successive LEGO Star Wars game, The Skywalker Saga is adding another new feature that looks set to take things even further.

As shown at one point in the trailer, Obi-Wan Kenobi is able to select from one of three specific Force abilities: Distract, Panic and Influence. He uses the former to make a bantha dance, thereby distracting two Sandtroopers guarding a hangar bay. It may be that individual Jedi and Dark Side characters have specific Force powers that are unique to them or that are linked to the game’s new Upgrades system, but that hasn’t yet been revealed.

LEGO Star Wars: The Skywalker Saga will launch on April 5 and you can check out our pre-order guide here.