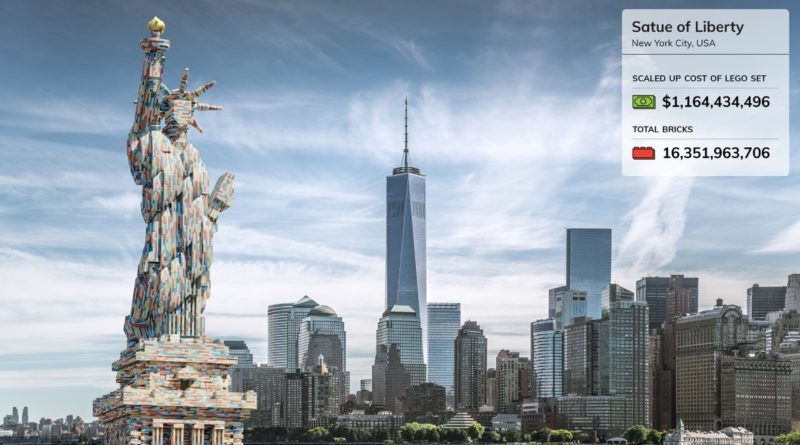 From the Taj Mahal to the Statue of Liberty, here’s how much it would cost to build life-size LEGO versions of the world’s most iconic landmarks.

Most of us are probably content with the miniaturised display models on offer through the LEGO Architecture line, if only for the sake of space, budget, and the practicality of owning a life-size LEGO Eiffel Tower. But just for kicks, toy review website TheToyZone has done the maths on how many bricks you’d need to build 1:1 replicas of a selection of famous buildings – and how much they’d cost.

The site’s quest started with recreating images of the landmarks in question in BrickLink’s Studio program, which is about to replace LEGO Digital Designer as the LEGO Group’s official building software. Studio allowed TheToyZone to not only calculate the number of bricks required, but – thanks to its integration with BrickLink’s marketplace – how much they’d cost to order.

The team behind the project then used a specialised program to recreate each of the landmarks and buildings as renders, comparing the original images to the LEGO versions. Dive in below to check out a handful of the most impressive…

2 – Big Ben and the Houses of Parliament

1 – The Statue of Liberty

Support the work that Brick Fanatics does by purchasing your more manageable LEGO sets using our affiliate links. Thank you!