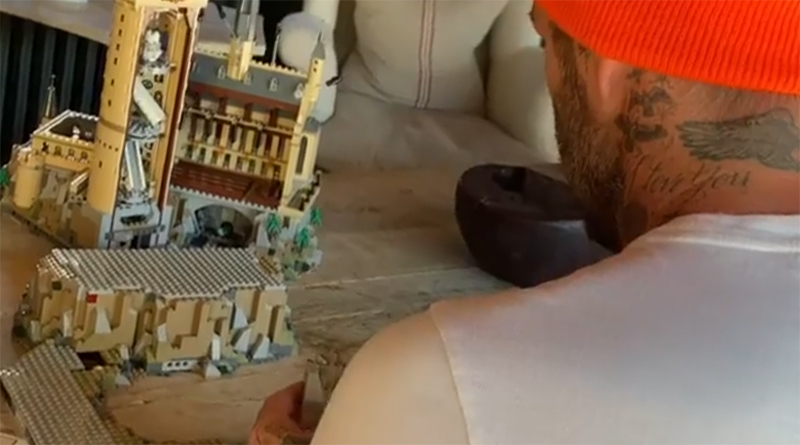 The famous footballer and half of a celebrity couple David Beckham is currently building LEGO Harry Potter 71043 Hogwarts Castle. He was outed as a LEGO fan some years ago when building the Taj Mahal, then built 71040 Disney Castle two years ago. Now, Victoria Beckham has shared pictures and video of her husband staying up until past midnight to get his School of Witchcraft and Wizardry finished…

With 6,020 pieces, 71043 Hogwarts Castle is the second largest LEGO set ever to be released.  The build measures an impressive 58cm high, 69cm wide and 43cm deep (22” high, 27” wide and 16” deep). Key locations are included, such as the Great Hall, the Whomping Willow and Hagrid’s Hut. Fun details in the set go as far as house banners, flaming torches, moving staircases and potions.