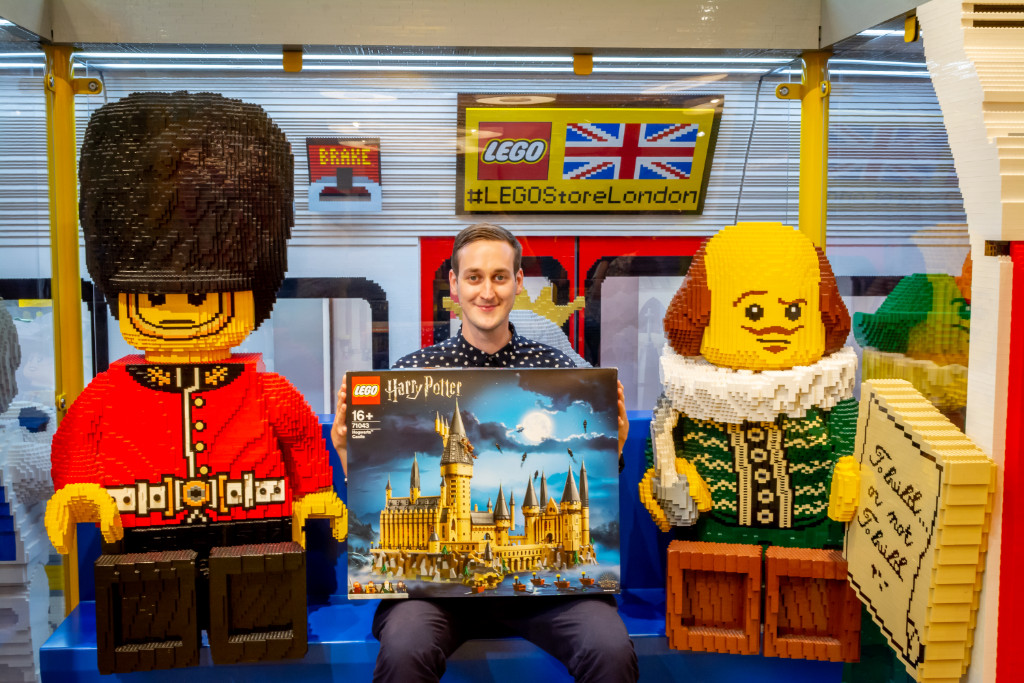 With Professor Dumbledore’s permission and a bit of Felix Felicis, Brick Fanatics crept into the Room of Requirement at the LEGO Store Leicester Square store for an exclusive interview with the designer of 71043 Hogwarts Castle

As soon as rumours started last year that the LEGO Group might revisit the hugely popular line of Harry Potter sets, fans started wondering whether that might also include a large D2C Hogwarts Castle. The playsets have included various iterations of the famous wizarding school over the years, each with their own merits and assortment of minifigures, but none really capturing the true essence of how majestic it should look. With speculation reaching fever pitch, the LEGO Group finally unveiled a grandiose microscale version created by AFOL-turned-LEGO designer Justin Ramsden, much to the delight of LEGO and Potter-fans alike.

Brick Fanatics caught up with Justin on the day of the set’s release.

How did the idea come about for 71043 Hogwarts Castle?

The whole idea came from a concept designer called Joel Baker; he basically presented a model at an event we have every year at the LEGO Group, where the designers get to propose ideas for the next sets, which is how themes such as BrickHeadz and Mighty Micros came about. It is our chance to say what we really want, so Joel built an absolutely amazing concept model of a LEGO Hogwarts Castle and I was the lucky one to take over.

It has been great working with Joel since we have already shared a long history before working for the LEGO Group. We both worked at LEGOLAND and have models sitting next to each other at the LEGO parks, then he built the concept model for the LEGO Ideas Yellow Submarine when we were working on that.

Now we have ended up working together once again. I essentially took his concept model, made it more stable, more buildable, added more details and just fleshed it out until it became an actual LEGO set, which took about a year to do, though I’d say it’s been in development for two altogether.

BF: So was it planned to coincide with the relaunch of the Harry Potter theme all along, or was it a separate thing to be released on its own?

No, it was planned to come out with the Harry Potter theme. I mean, we’ve brought the Harry Potter world back to LEGO again which is fantastic, so it’s great to be at the forefront of that. A big hurrah!

The four founders of Hogwarts as minifigures is a great touch. Were there ever any other exclusive minifigures up for consideration?

For me, it was always the founders. They just had to be included and this was the set to put them in. They are so unique and I don’t think they would go with the other sets; they wouldn’t really fit in. So, it was a great opportunity to be able to put them in this set and then for the rest of the figures I wanted, we got them as nano-figures. For example, to have Bellatrix LeStrange and Luna Lovegood as nano-figures is just really great. 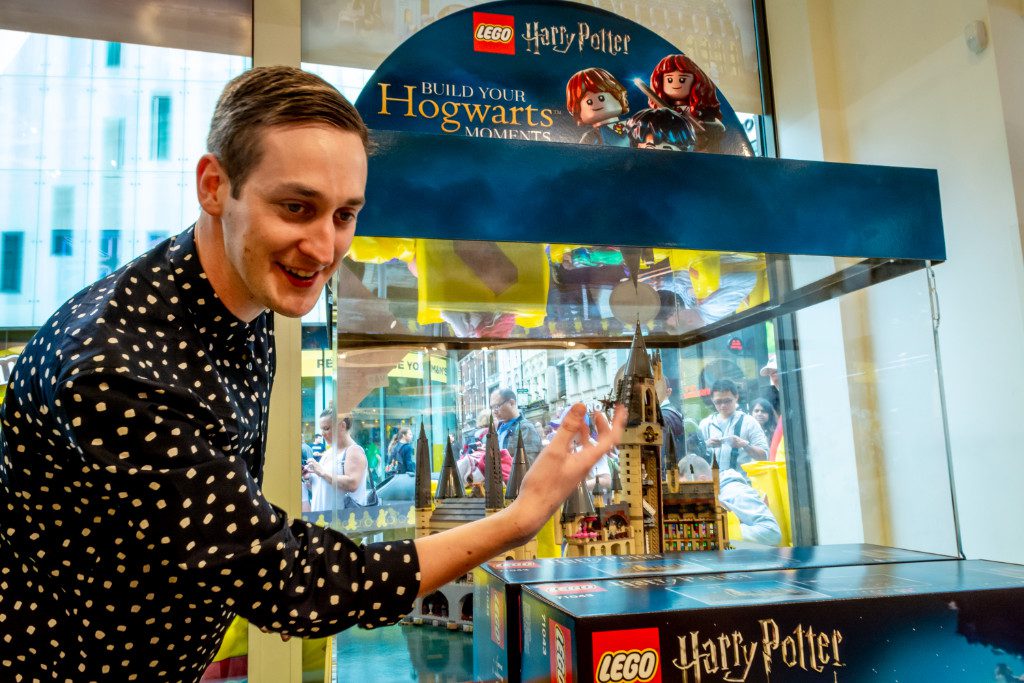 Was there ever any discussion around doing the castle at minifigure scale or was it always going to be reduced to microscale?

It was always going to be reduced. That’s mainly because the original concept model Joel [Baker] made was at microscale on the smaller scale and so everyone fell in love with that. It’s a new scale that we’ve never done for Hogwarts Castle. I mean, we have played with the S.H.I.E.L.D. Helicarrier and the NASA Saturn V which are at trophy-figure scale but for this it’s a brand new expression. Also, the minifigure scale ones are already on the shelves, such as the Hogwarts Great Hall and the Whomping Willow set. They even have Technic pins so you can connect them together and if you pre-empt that there’s some Technic holes that you can maybe add-on…

How many versions of the castle do you think there were before you settled on a final design?

Lots and lots and lots! Joel made two concepts and then from that I built around 30 different concepts, both physically and digitally. I’m a strong believer in just building physically, so I’ll pour all the LEGO on the floor, get on my hands and knees and start building just like a child – that’s pretty much what we do, right?

I’ll build the concepts, and then just reiterate and reiterate until I get something I’m happy with. Then I’ll put it in the computer and then from that I can tinker away even more. The great thing is now I get to keep all those concept models under my desk, so I’m just swamped by LEGO Hogwarts all around me.

So who had the final approval and decided the point when it was finished and ready to get released?

Well, firstly I work with a fantastic team and we have creative leads who keep us in check. We’ve got the graphic designers and model designers and it just gets to a point in the process where everyone agrees, otherwise we could just continue and continue and people would never get to build it because it would never be release. There has to be a final way to decide it’s ready – for the sake of the fans.

Were there any particular challenges that came with building at nanofigure scale compared to other sets that you have designed?

Yes, a lot of things. There are a lot of details in the LEGO Hogwarts Castle that we really wanted to put in so areas like the Room of Requirement which has all the different icons, all the doors and stuff, are teeny-tiny things that I really wanted to represent in the model. In the end we had to do those with stickers and that’s something that I hadn’t really realised before that we could do, as well just a lot of pieces and small builds. Challenges presented themselves when you are thinking about how you would make a chair at microscale or the best way to present the Chamber of Secrets, so there’s just a lot of re-thinking and different techniques.

I’m so used to building minifigures scale playsets, that’s my love, and then at LEGOLAND I got to build Miniland scale stuff, so to build at a new smaller scale was a great opportunity and task to do.

Even at the majestic scale presented, some Potter fans will notice this set is still missing a few sections including the Herbology greenhouses and the Quidditch pitch. Were these omitted for any particular reason?

For me it was all about getting the iconic silhouette. It is the architecture that you remember from the first film as Harry goes on the boat and arrives at Hogwarts – it is that overall feel that I was after. The interior was the next thing so we needed to get that in. Yes, of course there are a few towers, buildings and the Quidditch pitch missing, but it is LEGO and people can build their own if they want to.

With all the pieces that you get in this model I’m actually really excited to see if someone purchases another, maybe even two or three more, and what configurations they might build.

Is there anything you wanted to include that you couldn’t fit?

No, everything is perfect.