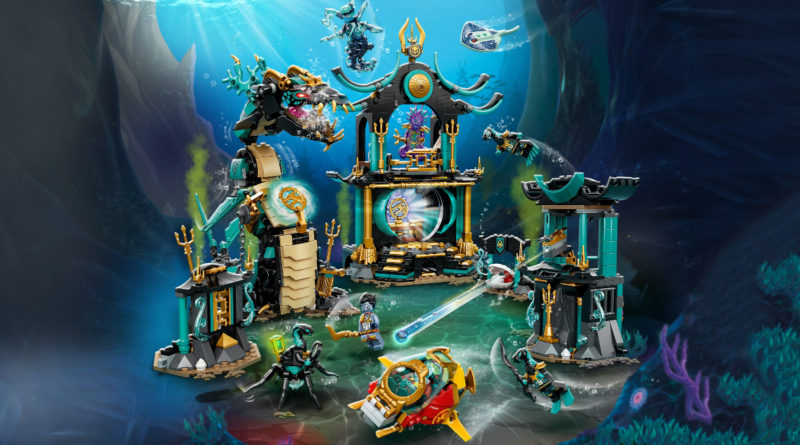 NINJAGO is taking over LEGO Brawls once again as part of the latest update to the Apple-exclusive game, including a new level, plenty of minifigures and more.

As revealed on the LEGO Group’s Twitter with an aquatic trailer, LEGO Brawls’ next update is to be themed to NINJAGO Seabound following a season of free-for-all fighting. This underwater adventure will bring a sea of content to the game, including the last in a collection of characters.

It will continue some of what the app’s anniversary update for the theme started and allow collectors to grab the final two legacy minifigures for Zane and Nya. This is likely to tie in with their physical versions now being available in 71739 Ultra Sonic Raider and 71753 Fire Dragon Attack.

As for the season-themed content, Prince Kalmaar’s palace will be remade as a Seabound level where the sea serpent Wojira might rise from the depths and join the fight, essentially recreating 71755 Temple of the Endless Sea in digital form.

The LEGO Brawls App Store page also states that a total of 17 minifigures are coming to the game, likely including the NINJAGO Seabound minifigures as they appear in the summer 2021 sets and the legacy version of Nya and Zane. The trailer confirms at least one of these characters to be Champion Nya who will be able to transform into a watery form.

The Seabound update for LEGO Brawls is now available exclusively on Apple Arcade and eligible devices. Unlike LEGO Builder’s Journey, we’ve yet to see this brick-bases title release anywhere other than the App Store, but we’ll keep you updated if it does. Otherwise, the summer 2021 wave (pun intended) of LEGO NINJAGO is now available worldwide.