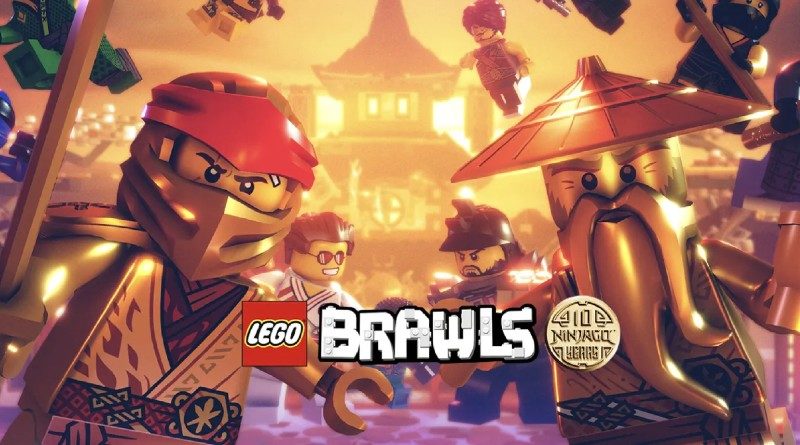 Even LEGO video games are getting involved with NINJAGO’s anniversary with LEGO Brawls holding a special event featuring golden minifigures and more.

LEGO Brawls released towards the end of 2019, exclusively for Apple Arcade. The new mobile game offered a brawler game with characters from across the LEGO Group’s history, even including licensed themes such as Jurassic World in events. The latest of these seasons has been revealed to feature NINJAGO, the second event to highlight the theme following one focused on Prime Empire, which we’ve mentioned here.

The event will introduce the Golden Legacy minifigures that can be found throughout the NINJAGO 2021 sets as new brawlers for players to collect as well as other exclusive anniversary content. In the background of the new key art, some elemental masters can be seen, suggesting that other characters may be working their way into the game.

Also included in the update will be a revamped version of the NINJAGO level, which features the Monastery of Spinjitzu decorated with banners and other elements to celebrate the 10th anniversary. Six new emotes will also be available for players to find within the update.

LEGO Brawls is available now exclusively on Apple Arcade but those without Apple devices can still commemorate NINJAGO in a variety of other ways, including a LEGO Ideas contest and an all-new season of the show.