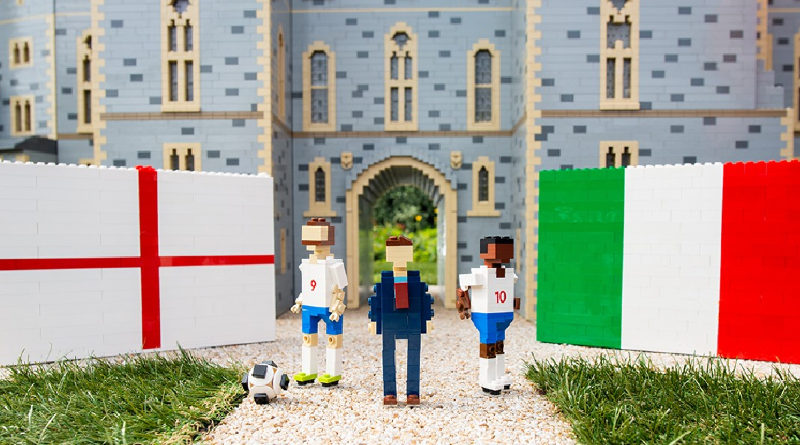 With the excitement for the incoming Euros 2020 final building, the LEGOLAND Windsor Resort has decided to get involved with a special exhibit in Miniland.

Ahead of tomorrow’s Euros 2020 final, the Model Designers at LEGOLAND Windsor seemingly hold in the hype any longer and have dedicated an area of the resort’s brick-built Miniland to the incoming showdown between England and Italy.

Models of both countries’ flags flank three scale-specific figures of Gareth Southgate, Harry Kane and Raheem Sterling as the resort makes their preferred team clear for all to see. One particularly interesting is the brick-built football which should be easier for the LEGO figures to use than the larger alternative in Billund.

There’s no confirmation on exactly how long the display will be up, but we expect that it will go away soon after the final, whatever the result may be. If you want to see it for yourself, then make your way to LEGOLAND Windsor as soon as possible, maybe even explore the new Mythica area whilst you’re there.

Other areas of the LEGO Group have been getting involved in the event too, including LEGO Ideas with a themed activity. We’ll have to see if the LEGO Group shows any more support for the final after Denmark’s recent defeat.