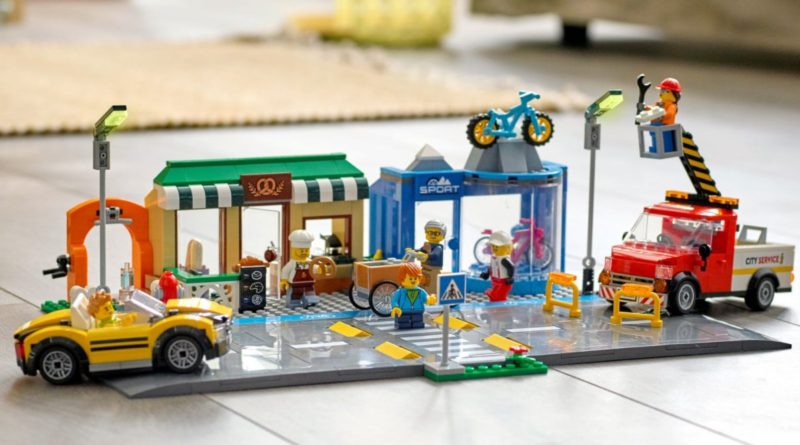 As the end of the year draws alarmingly near, the final list of LEGO sets due to retire before 2022 looks to be pretty much set in stone.

There are a couple of changes to this month’s rundown of retiring LEGO sets, but in comparison to previous updates, things are relatively quiet – suggesting the LEGO Group has mostly locked in the products it plans to remove from production lines by the end of 2021.

Among those changes are a LEGO Star Wars BrickHeadz set now hanging around into 2022, and a relatively new LEGO CITY set departing after only 12 months on shelves. You can find out more on both those sets across the list below, which encompasses every LEGO product currently scheduled to retire this year – at least according to Brick Fanatics’ sources.

Remember, Black Friday is almost upon us, which could present the perfect opportunity to grab any sets on this list you’re missing – but as we’ve already seen with 10264 Corner Garage in the UK and Europe, they could also sell out long before we reach this month’s major shopping event. Hold off at your own peril…

Nothing has changed regarding retiring sets based on a galaxy far, far away in November, with the same assortment of sets – including one of the first entries in the LEGO Helmet Collection in 75276 Stormtrooper Helmet – all leaving the official online store by December 31.

Rare minifigures will also be retiring alongside the sets, including the four exclusive armoured warriors in 75267 Mandalorian Battle Pack and the cast of 75251 Darth Vader’s Castle, the latter of which is a location that features in the new LEGO Star Wars Terrifying Tales special on Disney+.

The fan-inspired theme of LEGO Ideas is still due to lose three models by the end of the year, with 21322 Pirates of Barracuda Bay continuing to face stock issues on the official online store as demand is high.

There are no updates to the retiring list of models for LEGO Marvel in 2021 for November, with the same 21 models all slated to leave shelves. Another entry in the LEGO Helmet Collection – 76165 Iron Man Helmet – is leaving the production line, meaning collectors might want to grab it before the end of the year.

One of these retiring sets is the first LEGO Marvel Advent Calendar, which includes two exclusive minifigures, a seasonal Iron Man jumper and a variety of festive mini-builds to count down to Christmas.

Another seasonal set is retiring by the end of the year, with the LEGO Harry Potter 2021 Advent Calendar forming part of the builds leaving the official online store soon.

With 24 doors of LEGO to open that all combine at the end into a board game based on the Wizarding World, 76390 Harry Potter Advent Calendar will no longer be available past December 31, 2021 along with the following sets:

LEGO Technic still has 14 models all retiring by December 31, 2021, including some that are the result of rare partnerships such as 42109 App-Controlled Top Gear Rally Car, referencing the popular BBC show and the mysterious Stig character.

Here’s a look at every LEGO Technic set retiring this year, from small sets like 42102 Mini CLAAS XERION to some of the theme’s biggest in 42100 Liebherr R 9800 Excavator:

Whether they’re under the banner of LEGO for Adults or the older Creator Expert, there are seven sets from the renamed theme that will be retiring by the end of the year, which means time is rapidly running out to grab some of the best LEGO builds to date.

There are no changes to retiring sets for LEGO Architecture in November, with time running out to collect miniature recreations of cities and other landmarks from around the world, including the Golden Gate Bridge of San Francisco and the towering Burj Khalifa.

From dragons to fighter jets, LEGO NINJAGO will be waving goodbye to these 14 sets by the end of December, including the two largest models in the Master of the Mountain wave and nostalgic remakes including 71704 Kai Fighter.

For those who haven’t heard already, you don’t have long left to snag your copy of 76139 1989 Batmobile, as the set is still scheduled to retire by the end of the year. You can keep track of it, and any of the other models that are due to leave the official online store soon, with our LEGO Stock Alerts.

LEGO Super Mario has no more scheduled retirements since our October update, which means the same mix of models will be leaving shelves. With 2022 confirmed to be bringing expansions based on Luigi’s Mansion, remember that all previous sets should be compatible with your future haunted courses.

LEGO Creator will be waving goodbye to the following models by December 31, with all kinds of topics covered in the main and alternate builds in each set. From a world of fantasy in 31102 Fire Dragon to a mini town in 31097 Townhouse Pet Shop & Café, LEGO Creator continues to offer a varied range of builds.

LEGO Speed Champions is not only home to a creative cast of brick-built supercars, but also a selection of the longest set names in the LEGO Group’s currently-available catalogue. However, the theme is still scheduled to lose five models before the end of the year, so make sure not to miss out on the first batch of eight-stud-wide cars.

All three models based on Disney’s Raya and the Last Dragon will retire before 2022 arrives, meaning that this is the last chance to collect them and their exclusive elements and creatures, including the unique Tuk Tuk in 43181 Raya and the Heart Palace.

There are no updates to the retiring list of sets for LEGO Jurassic World this month, with the same assortment of models all leaving the official online store soon – including the massive 75936 Jurassic Park: T. rex Rampage, and the exclusive Jurassic Park minifigures featured within it.

With LEGO Monkie Kid confirmed to continue until at least 2023, the theme is making room for more models with a selection of sets that will retire soon. This includes their exclusive elements, such as the demon pieces in 80015 Monkie Kid’s Cloud Roadster.

A fourth season of the popular Netflix show Stranger Things is on the horizon, but plans haven’t yet changed for the retirement of 75810 The Upside Down, the theme’s only model to date. Anyone wanting to get their hands on the Hawkins cast might want to do so soon.

LEGO CITY has added one more set to its list of retiring products in 2021, with the latecomer being 60306 Shopping Street. Featuring unique printed bike lane tiles, 60306 Shopping Street won’t be on shelves past the end of 2021 according to our sources – but the new road plates will be sticking around.

From some of the world’s most iconic artwork to a hero of the Marvel Cinematic Universe, LEGO Art is about to say goodbye to the first four sets released in the theme, so make sure to grab them while you can.

The same selection of LEGO Friends sets from our October update are all due to retire before 2022 arrives, with the following list detailing what you might want to buy before time runs out.

Another last-minute change has been introduced in the LEGO BrickHeadz retiring sets list before the year comes to a close, as Star Wars 75317 The Mandalorian & The Child is no longer leaving the official online store by December 31. However, the rest of the following models still are:

LEGO DOTS is scheduled to see a wide range of builds leave the currently-available catalogue of sets at the end of 2021, with everything from bag tags to jewellery boxes covered in the theme.

LEGO Minecraft has seen no changes to its list of retiring models this month, which means that time is still running short to grab the only build that includes a trio of exclusive mobs in 21152 The Pirate Ship Adventure, as well as the first Minecraft Dungeons set in 21163 The Redstone Battle.

Minions: The Rise of Gru won’t hit screens until 2022, but one of the sets inspired by the long-delayed movie is still scheduled to retire by the end of 2021 – long before we can compare it to its source material. 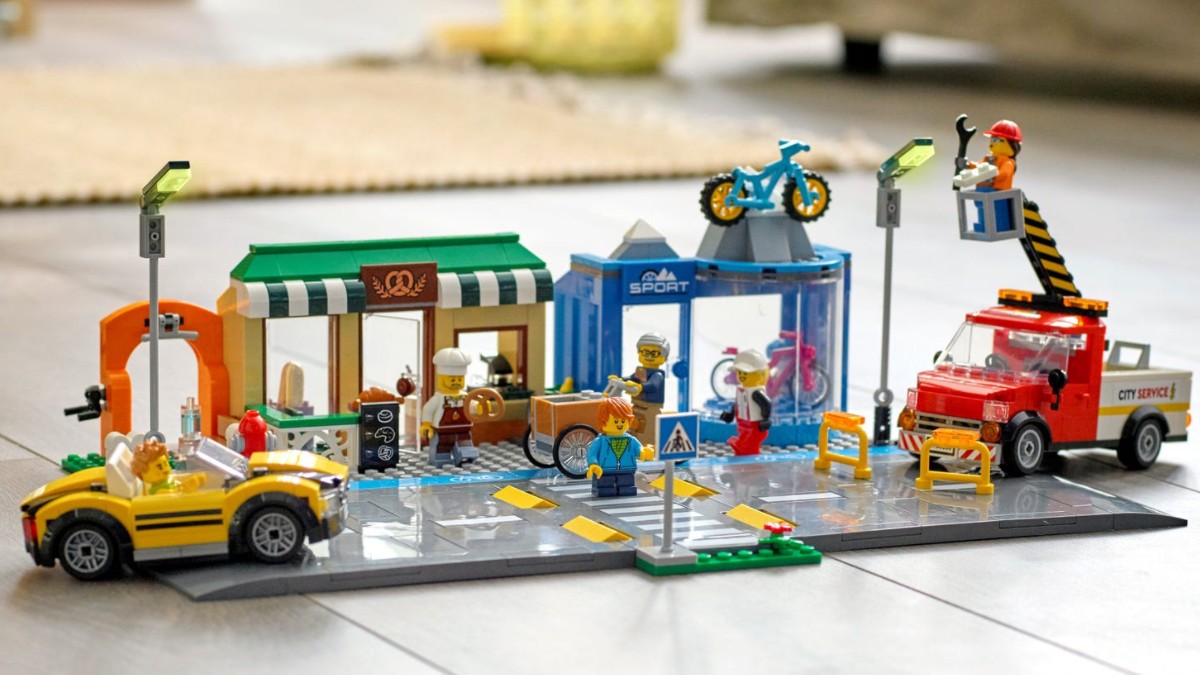 One thought on “Every LEGO set retiring in 2021 – November update”