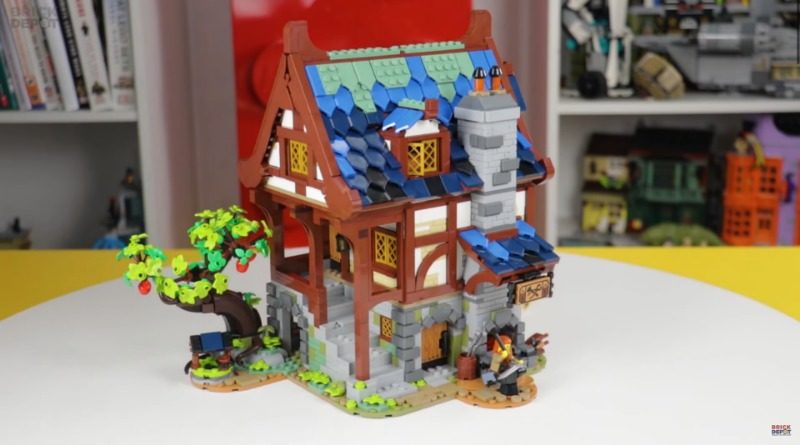 One YouTuber has managed to get their hands on a very early copy of LEGO Ideas 21325 Medieval Blacksmith, giving us a first look at the largest ever castle-themed LEGO set.

YouTuber Brick Depot – who’s based in Romania – has somehow acquired the 33rd LEGO Ideas set, which doesn’t officially launch until February 1, and has now published a review on their channel.

The in-depth video gives us a much better look at the 2,164-piece set than the official images provided by the LEGO Group, including its very detailed interior. And it’s clearly made an impression on this reviewer, as they’re full of enthusiasm for everything 21325 Medieval Blacksmith brings to the table.

“It looks so inviting and so captivating,” the YouTuber says. “There’s not a bad side to this set – it just looks so, so wonderful. If I had maybe one thing that I would like to see different, and I’m not even sure about this, but I would be really curious to see what it would look like if the house didn’t split into floors, but rather split into hinged halves. I think that could be very, very interesting for display as well, and for play of course.”

21325 Medieval Blacksmith will launch on February 1. Our review is set to go live at 6pm GMT today, when the embargo lifts, so check back then for our verdict on the LEGO Group’s translation of Clemens Fiedler’s original design. While you wait, check out the full gallery of images, the minifigures and animals, the designer video, and how the set calls back to a Classic Castle faction from the 1980s.