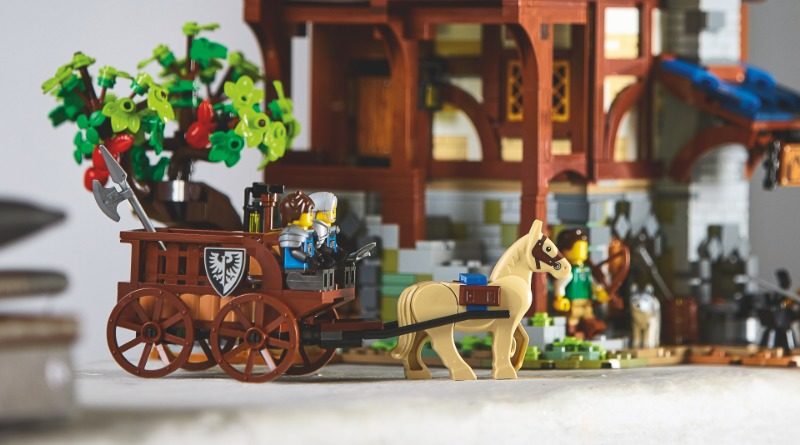 Stay tuned to Brick Fanatics this evening for our in-depth review of LEGO Ideas 21325 Medieval Blacksmith.

The LEGO Group officially unveiled the 2,164-piece set – based on a design by Clemens Fiedler – yesterday, with a release date of February 1. We’ve got our copy already, and the review embargo lifts at 6pm GMT today, January 20, so check back with Brick Fanatics later for a first look at the 33rd LEGO Ideas set.

In the meantime, you can check out all the official details, including the price, all the images, and even the characters, along with the designer video and a brilliant stop-motion clip that delves into what medieval life would have been like without blacksmiths. (Spoiler alert: not good.) We’ve also put together a primer on the legendary Black Falcons, which the LEGO Group has resurrected for two of 21325 Medieval Blacksmith’s minifigures.

It won’t be the first 2021 LEGO set Brick Fanatics has reviewed, of course. Click through the links below for a selection of the latest and greatest LEGO products worthy of your time and attention this year: