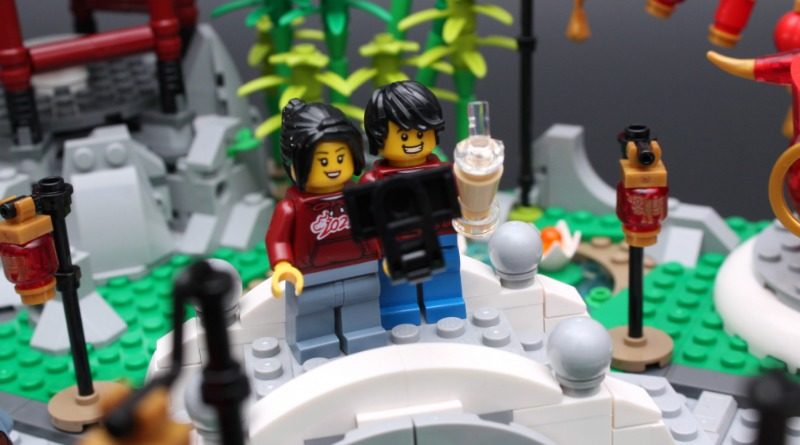 The LEGO Group’s Chinese New Year theme heads into uncharted territory once again with 80107 Spring Lantern Festival – but can it continue the seasonal range’s formidable form?

The Chinese New Year theme hasn’t been on the LEGO scene long. Its first sets rolled off Billund’s production lines (or probably more accurately, China’s production lines) in 2019, so it hasn’t had much time to carve out a legacy. But it hasn’t needed it: by what’s now just its third year, the seasonal range has already cemented itself as one of the LEGO Group’s most impressive themes. And it’s now available to everyone – something we may end up being especially thankful for in the case of 80107 Spring Lantern Festival.

That’s because it’s not only the individual sets that make the Chinese New Year theme so great, but how they each add something distinct to the overall collection. 80107 Spring Lantern Festival continues that very new tradition by tackling a traditional Asian garden, complete with moon gates, a pond, pavilion and Chinese lanterns galore. It’s brand new material for the theme – and, perhaps, the best Chinese New Year set yet.

If you pick up a copy of 80107 Spring Lantern Festival sans box, you might think you’ve accidentally bought a modular building. After all, the 16×32 and 32×32 baseplates that come pouring out of the packaging are largely only included with those Creator Expert models these days, and will likely soon become even scarcer with the new LEGO CITY road plate system. But their presence here immediately speaks to the expansive footprint of this year’s flagship Chinese New Year set, and the shelf space you’ll need to accommodate it.

That separation over two baseplates also lends itself perfectly to side-by-side building, which is mercifully enabled by two separate instruction manuals. If you can bear to share – and given what you’re about to discover, you might not – 80107 Spring Lantern Festival is designed for assembling with a pal, partner, or perhaps just a general acquaintance in a post-COVID world. (These are the things we dream of in 2020.)

It’s no coincidence that this set shares its base with the Modular Buildings Collection, though – a fact you’ll very quickly realise as you start laying down the pavement tiles, which match that series’ style perfectly, and begin constructing the garden’s raised base. While that facilitates things like the pond’s bottom layer, taking its cue from 70620 NINJAGO City’s water effect with trans-blue tiles over a layer of plates, it also allows for those familiar Technic hole bricks that connect each modular building together.

It means that the final set will connect seamlessly with any of your current and future modular buildings, or perhaps even your NINJAGO City modulars, and – with any luck – future Chinese New Year sets in this vein. Indeed, this system may have begun as a modular building standard, but its transplant to other themes suggests it’s now a wider LEGO standard – one that just happens to allow sets across multiple themes to connect, whether they’re intended to or not. Better yet, the pins are present on two sides of each baseplate, allowing not only for more versatile display options in a bustling LEGO city, but even within the set itself, which can be configured in two different layouts.

Beyond what the designers may or may not have intended for 80107 Spring Lantern Festival in your wider LEGO layout, though, you’re buying first and foremost into this set on its own – and that all begins with the building experience. And while 2021 hasn’t even arrived yet, at least at the time of writing and publication, we can already confidently say that this is one of the best building experiences you’ll have all year.

There’s just so much variety to the build that you can’t fail to be engaged throughout. One moment you’re laying down those plates and tiles, no doubt delighted by the printed koi fish scattered throughout the pond, and the next you’re stacking green candles into beautiful bamboo trees, or attaching bricks in all directions to assemble an ox lantern that genuinely lights up.

What it all amounts to is a model that feels like a custom build, not an official LEGO set, and there’s really no higher praise than that. That’s not to say official LEGO sets are inherently inferior to fan designs: it’s just that they’re more obviously bound by the limitations that come with serving the mass market, whether that’s in the narrower palette of pieces used or the need for structural support (and the aesthetic trade-off that often leads to). There’s practically none of that here, or at least not in any obvious way, as 80107 Spring Lantern Festival delivers a set that feels free of limitations.

Part of that is down to the lack of height involved in the garden, of course – building low means there’s really no need for those structural sacrifices in the design. But it’s not the only reason 80107 Spring Lantern Festival succeeds, because the pavilion (for instance) requires building vertically, yet does it so inventively that it’s still the kind of thing you’re more likely to spot at a fan convention. A combination of dark blue bananas and candles clip to a ring that sits atop the roof (there’s a sentence you’ll only ever read in relation to a LEGO set), closing the gaps between the wedge plates. The rocky base, meanwhile, is one of those builds that – like the trees in Stranger Things 75810 The Upside Down – is mirrored in such a way to avoid overcomplicating the assembly, but not at the cost of aesthetics.

While 80107 Spring Lantern Festival is undoubtedly successful in weaving a visual story of the Asian architecture it’s inspired by, the real narrative of this set is in how well it crafts that experience with no expense spared – either in the aesthetics, or the elements used, or the way it comes together.

Like the Chinese New Year sets before it, 80107 Spring Lantern Festival focuses heavily on civilians to populate its scene. And it’s definitely not short of them here: you get seven characters in the box, although you’ll technically build eight minifigures thanks to the lantern next to one of the moon gates. The seven human characters are plenty enough to pad out the garden even if this is your only Chinese New Year set – or indeed, your only LEGO set – and while their heads, hairpieces and legs are all pretty generic, it’s their torsos where things get interesting.

The couple waving their selfie stick around bear matching ‘2021’ jumpers, putting a timestamp on 80107 Spring Lantern Festival beyond its Year of the Ox theming; the boy’s shirt features a nod to another China-specific theme in Monkie Kid; and the dad’s sweater – complete with arm printing – is just a wonderfully versatile element.

If you’ve been collecting the Chinese New Year sets for a while, though, what you’ll likely appreciate most is the very familiar family of four included here – just as they were in 80101 Chinese New Year’s Eve Dinner and 80105 Chinese New Year Temple Fair. It does make it more difficult to display everything in one giant Chinese festival layout (at least without humming the Attack of the Clones theme to yourself), but you’ve got to admire the narrative the LEGO Group is weaving. The boy’s change of hairstyle, for instance, implies these kids are growing up every year. Maybe 2022’s sets will use mid-sized legs?

This year’s 80105 Chinese New Year Temple Fair served up 1,664 pieces for £89.99 / $119.99. 80107 Spring Lantern Festival ups that by 129 bricks and sticks to the same price point – which sounds like even better value when you factor in the baseplates. But beyond that often-mooted price-per-piece ratio (which doesn’t always tell the whole story), does this set feel like good value once you’ve put it together?

It’s not as obvious an answer as it might appear at first glance, predominantly because stretching the model over a 32×48-stud footprint could easily trick you into thinking there’s more to this set than there actually is. It builds wide, but not tall, and that can make a model feel vast even if there’s not much substance to it.

Thankfully, there definitely is here – to the point that you can very happily pay full price and still feel like you’re getting a bargain, which is really just another way 80107 Spring Lantern Festival stands out among the wider LEGO portfolio.

The challenge before 80107 Spring Lantern Festival was pretty substantial: take the Chinese New Year theme in yet another new direction, crafting an experience that honours its source material while still planting its flag firmly in LEGO territory (by way of its modular building compatibility). It’s safe to say that it fulfils that brief succinctly across all 1,793 pieces, putting each and every one to intelligent use in a design that’s just as fun to build as it is to look at on display. (And even play with, if that’s your bag.)

It’s another home run for the seasonal theme, and once again ensures that the LEGO Group is starting off the new year – and the Chinese New Year – with a bang.

80107 Spring Lantern Festival will launch on January 10, 2021. You can support the work of Brick Fanatics by ordering your copy through our affiliate links. 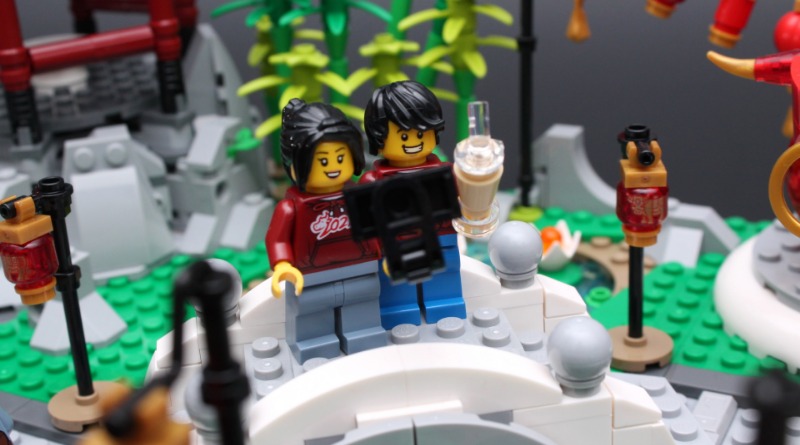