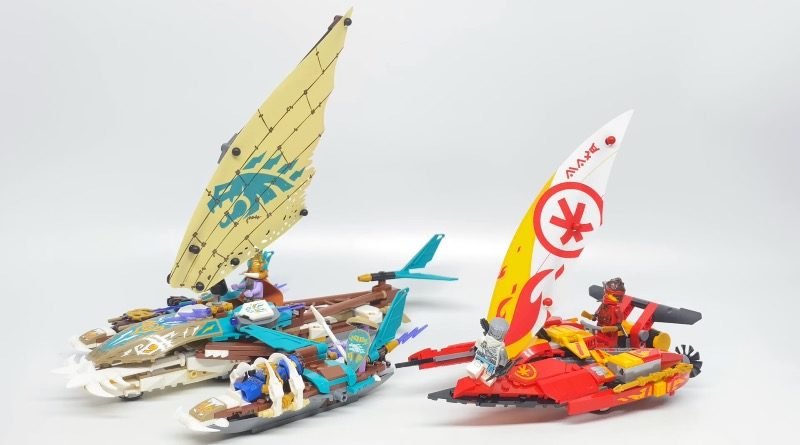 The early reviews of LEGO NINJAGO’s Season 14 sets keep coming, giving us a first look at 71748 Catamaran Sea Battle out of the box.

YouTuber just2good has secured seemingly the entire wave of new NINJAGO sets from LEGOLAND Florida, a full two weeks ahead of their planned March 1 launch date. And he’s already published reviews of three of them, so we can get a better idea of what to expect from this brand new assortment.

“This surprised me – catamarans aren’t something I associate with action themes like NINJAGO, but the execution here is two pretty darn cool vehicles,” Justin says. “The villain one is definitely my favourite, with the two extra boats to the side that you can detach.”

Justin’s already published reviews of 71745 Lloyd’s Jungle Chopper Bike and 71747 The Keepers’ Village, so there’s only 71746 Jungle Dragon to go. That teal beast looks like one of the highlights of this wave, so we’re keen to see if it lives up to the official images.

71748 Catamaran Sea Battle will arrive at LEGO.com on March 1, alongside the entire NINJAGO Season 14 wave. If you live near LEGOLAND Florida, you may be able to grab any of the four sets a little earlier than that – but otherwise, you can get a first taste of The Island from February 15, when 30539 Lloyd’s Quad Bike will be free with a £40 / $40 / €40 spend at LEGO.com.