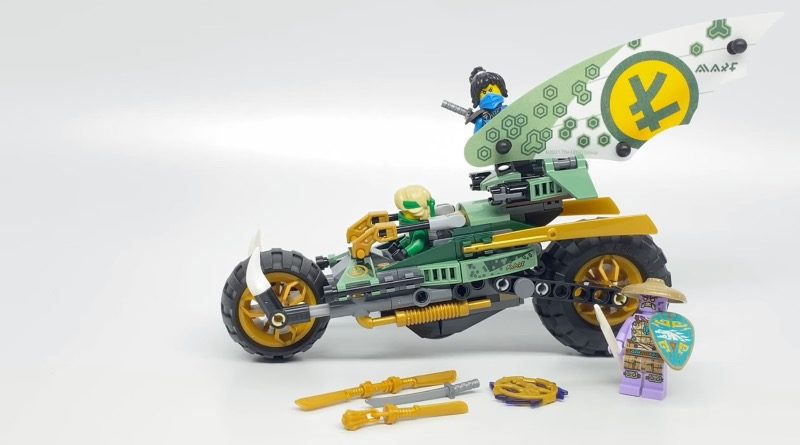 The smallest set of the LEGO NINJAGO Season 14 wave has gone on sale early at LEGOLAND Florida, and one YouTuber has already published a comprehensive review.

You can check out Justin’s thoughts on the model and its three brand new minifigures by hitting play on the video below.

“I don’t think this is the greatest set, because it’s another oversized bike if you boil it down,” Justin says. “But I think things they added separate it from other ones – that beautiful sail, a nice colour scheme, those cool features. And I think overall for a $20 set this is a pretty good deal.”

71745 Lloyd’s Jungle Chopper Bike will launch on March 1, along with the rest of NINJAGO’s Season 14 subtheme. You can get a taste of The Island a little earlier than that if you’re local to LEGOLAND Florida, or if you spend £40 / $40 / €40 on NINJAGO sets from February 15, when 30539 Lloyd’s Quad Bike will be free with qualifying orders at LEGO.com.