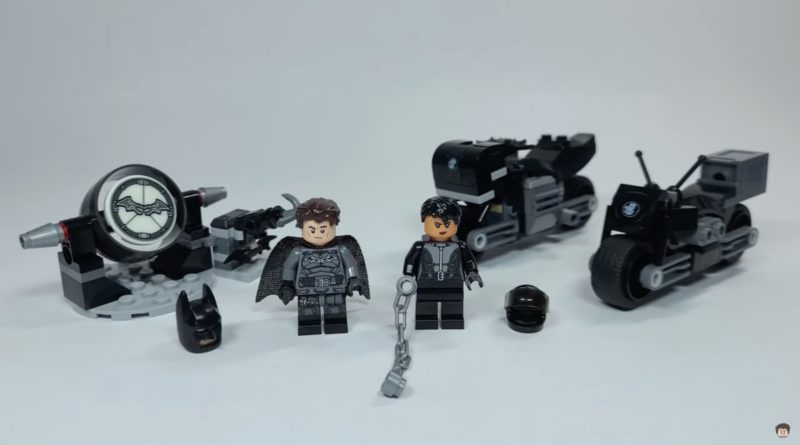 An early review of LEGO Batman 76179 Batman & Selina Kyle Motorcycle Pursuit has arrived online ahead of its US launch next week.

It’s one of four The Batman sets arriving on shelves in November stateside, but won’t be available until January elsewhere – which technically makes this our first glimpse at a 2022 model in the flesh. YouTuber Ashnflash has sourced the smallest set based on Matt Reeves’ upcoming movie from Walmart in Canada, where it’s apparently already on shelves.

Neither of the minifigures are unique to this set, as they both appear in 76183 Batcave: The Riddler Face-off, while Batman is also included in 76181 Batmobile: The Penguin Chase. But as Ashnflash points out, that’s not necessarily a bad thing, because it makes those minifigures more accessible at a cheaper price point.

“I think that this is a really cute set for what it is,” he says. “I think the price is fine, and the most interesting part for me personally is the Bat-signal. But I get that people won’t be able to get the Batcave or the Batmobile, and this is a cheaper alternative for them to get maybe their new favourite Batman and Catwoman, so I understand that this set does exist for that reason.”