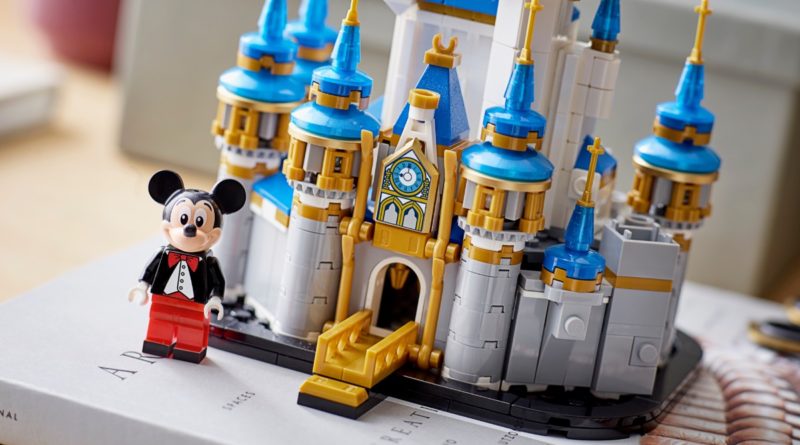 LEGO 40478 Mini Disney Castle is the next Disney World set, but we can think of plenty of other theme park icons deserving of a micro model too.

With locations all around the world, the Disney Parks have a variety of inspirations for the LEGO Group to draw from. So far, we’ve seen the release of 71040 The Disney Castle and 71044 Disney Train and Station and we’ll soon be seeing 40478 Mini Disney Castle on shelves.

Keeping with the theme of the US theme parks, here are five more Disney Parks icons we’d love to see given a microscale model like 40478 Mini Disney Castle.

The scale of 40478 Mini Disney Castle still allows for ample detail despite the size, as noted in our review. With this in mind, a smaller set could likely capture the iconic elements of It’s a Small World’s facade, as seen at Disneyland, without needing to delve deep into the LEGO Group’s budget.

Using a variety of tiles and perhaps a printed element for the smiling face in the middle of the attraction, it could be interesting to see the complex design recreated at a smaller scale, and the gardens could even be included with boats travelling through the ride as part of the base.

As one of the most thrilling rides at Walt Disney World’s Magic Kingdom, Big Thunder Mountain Railroad is a wild train ride through the west taking guests through a frontier mining town.

Whilst a minifigure-scale version of the ride could include some functions, a microscale depiction may ultimately be more realistic and could include mini trains travelling through the mesa on a twisting tiled track, as well as a variety of coloured rock pieces.

With 71044 Disney Train and Station due to retire by the end of 2021, one way to remember the second Disney Parks LEGO build could be by recreating in a model similar to 40478 Mini Disney Castle.

The full-sized creation depicted the Main Street Station and train with intricate details located inside the build. These could be replicated similar to the hidden secrets contained within 40478 Mini Disney Castle as an additional homage to the set.

The Twilight Zone Tower of Terror

Focusing on the height of 40478 Mini Disney Castle (even at a smaller scale), few Disney Parks locations rival it in size. One that might be perfect for a tall, but small LEGO set is The Twilight Zone Tower of Terror from Hollywood Studios.

This ageing hotel is the home of a drop tower ride, with distinctive labelling that could work well as printed tiles. The overall shape of The Hollywood Tower Hotel may suit a microscale iteration, or the designers could even draw inspiration from its alternate versions in theme parks around the world.

Rounding out the list is none other than the original Disneyland Sleeping Beauty Castle. This location is yet to receive any kind of LEGO set and is notably smaller than the Walt Disney World equivalent.

A larger model may be too similar to the still available 71040 The Disney Castle to release alongside it, but a smaller build might be the excuse the LEGO Group needs to make a LEGO version of the icon. We can imagine similar details and printing to that of 40478 Mini Disney Castle to capture the look of the pink, blue and grey castle.