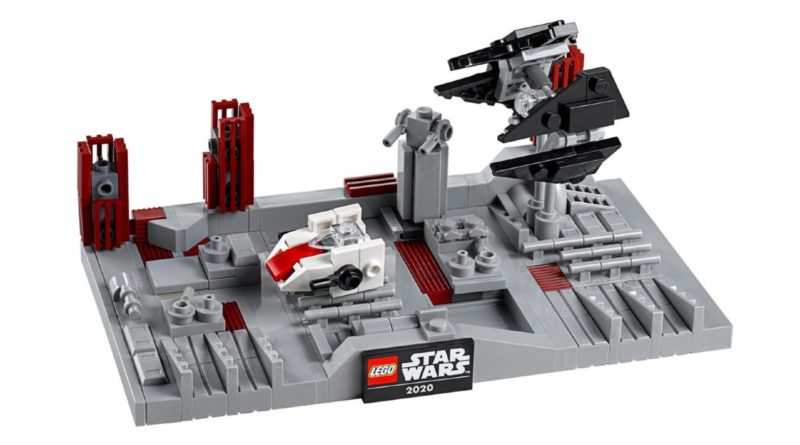 With a number of LEGO Star Wars May the 4th promotional sets released over the years, here are the most expensive you can pick up.

May the 4th is finally here and the LEGO Group is once again joining in with the annual festivities to celebrate a galaxy far, far away. As has become tradition, Star Wars Day offers LEGO fans new sets and promotional items, with some of this year’s already out of stock.

The LEGO Group first participated in May the 4th back in 2011 and has offered fans and collectors a range of unique promotional items each year, from obscure minifigure polybags to micro-scaled vignettes. Most of those sets can still be picked up on the secondary market, but they certainly aren’t cheap.

Here’s our rundown of the five most expensive current LEGO Star Wars May the 4th promotional items based on recent eBay listings and including highest prices:

In 2019, the LEGO Group released a micro-scale scene based on The Empire Strikes Back. The 195-piece promotional set included a small AT-AT, two Snowspeeders, Echo Base shield generator and tiny Imperial Probe Droid.

One of very few LEGO sets based around the Death Star II, this micro-scale vignette consisted of 235 pieces and was available in 2020. The dogfight scene featured an A-wing, TIE Interceptor and Death Star surface items.

2012 saw this silver protocol droid minifigure arrive as a gift-with-purchase polybag. Originally glimpsed in the opening scenes of The Phantom Menace, TC-14 was only ever available in this one-off set.

Based on the LEGO Group’s own designs, the Shadow ARF Trooper was the very first May the 4th promotional polybag to be released. The 2011 set included a character that has never appeared in any other Star Wars media to date.

The most expensive of all the LEGO Star Wars 2014 May the 4th promotional sets released to date; this polybag featured a character created for the Knights of the Old Republic video game. Expect to dig deep if you want to acquire this rare minifigure.

You can find out more about the various LEGO May the 4th deals that are currently running on our dedicated landing page right here.