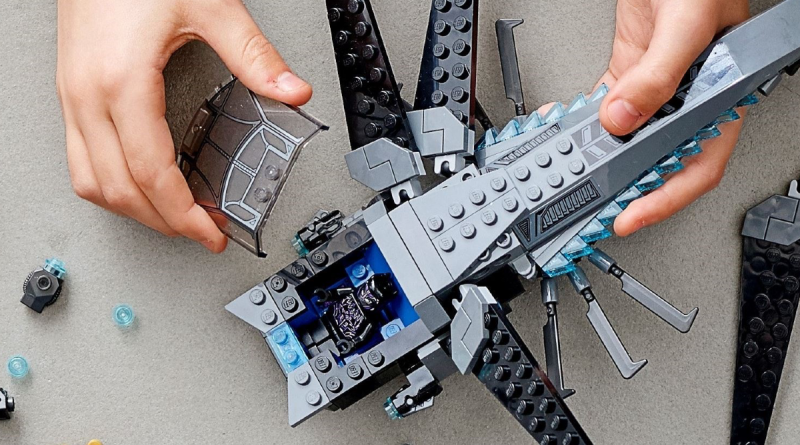 Black Panther: Wakanda Forever is the hotly anticipated new movie in the Marvel Cinematic Universe. Returning to the kingdom of Wakanda, the film sees us reunite with the likes of Shuri, Nakia and Okoye in a time of terrible grief. The movie also takes us to new locales, most notably the undersea kingdom of Talocan.

Three LEGO sets inspired by the movie have recently been uncovered, which give us a probable peek at the film’s events. Of course, three small LEGO sets can’t quite capture the scope of an entire movie. That’s why we’ve picked out a few currently-available models we think would work well alongside them.

The kingdom of Wakanda (and its Afrofuturistic styling) was one of Black Panther’s greatest features. Sadly, it’s not been explored much in official LEGO sets. However, it’s apparently bordered by countries such as Kenya, Ethiopia and Uganda, which does open up some possibilities.

60307 Wildlife Rescue Camp is one of the more ambitious releases in the LEGO CITY Wildlife Rescue subtheme. It includes a diverse array of animals including an elephant, a lion and even a monkey. If you’re looking to add a bit of African scenery to your Black Panther collection, this set is definitely a good choice.

The Black Panther isn’t the only Marvel hero in need of a successor. Tony Stark is soon to be replaced by Riri Williams (aka Ironheart) who appears briefly in the film’s trailer. An early version of her Ironheart armour can be found in the upcoming 76211 Shuri’s Sunbird.

We suspect more detailed Ironheart armour suits will appear before too long in LEGO form. In the meantime, you may want to consider 76203 Iron Man Mech Armor. Seemingly inspired by the Mark 42 armour of Iron Man 3, this set features an exciting gold and red colour scheme and plenty of articulation. It’s also got a price tag in the single digits, meaning you don’t have to be a billionaire genius playboy philanthropist to acquire it.

An obvious choice for this list? Perhaps, but considering the relative rarity of Black Panther LEGO models, it’s a must buy. 76186 Black Panther Dragon Flyer takes its cues from Avengers: Endgame, but it’s versatile enough for other play scenarios. T’Challa, Shuri and a lone Chitauri warrior accompany the flyer, whose wings and cockpit can be freely angled.

The Dragon Flyers made brief appearances in the original Black Panther film, and reprise their role in the new movie trailer. As such, picking one up now may be a savvy move for LEGO fans.

The other major location in Black Panther: Wakanda Forever is the undersea kingdom of Talocan. We’re not sure what role it will play in the film more broadly, but we have seen its throne room – and the LEGO set that accompanies it. As such, it’s safe to assume a significant role for the undersea realm.

We’re lucky to have to several undersea LEGO sets available right now. That said, for this list, 31088 Deep Sea Creatures may be your best option in terms of wildlife. In addition to three solid build options, you can find instructions for a fourth build in the LEGO instructions database. This allows you to construct a whale, one of which appears briefly in the film’s teaser trailer.

The LEGO Group previously made a (long-retired) line of sets inspired by the kingdom of Atlantis, which could conceivably stand in for Talocan. However – if you’re looking to recreate Talocan in LEGO form now – 71755 Temple of the Endless Sea may be a better option. It offers a delightful turquoise colour scheme and a variety of undersea creatures for Namor to rule over. The most striking is the sea serpent Wojira, who can be released from her bonds to wreak havoc on the sea.

Unfortunately, this set is also due to retire very soon. You may want to bump this one to the top of your shopping list as a result.

The official Black Panther: Wakanda Forever LEGO sets are rumoured to release on October 1. The film itself will be in cinemas from November 11.