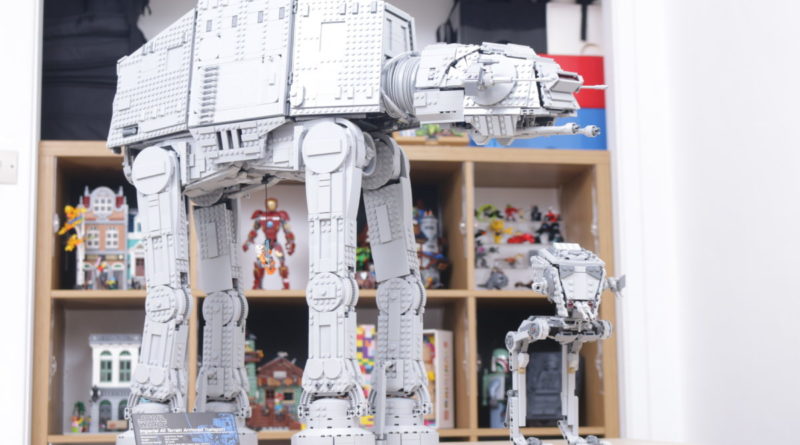 One lucky Reddit user must have thought it was their birthday when they were sent an extra LEGO UCS AT-AT by mistake.

Despite being one of the most expensive LEGO sets you can buy – and there’s a good chance that the price will be going up soon – 75313 AT-AT continues to sell strongly which has led it to being backordered at present. Or so we thought. If one lucky Reddit user’s experience is anything to go by, then maybe sales aren’t the only reason it’s difficult to get hold of.

Posting in r/lego, user Semyonov announced that they’d “Used up all my luck for the rest of my life” as they posted a picture showing that while they’d ordered one UCS AT-AT, they’d been sent two of the huge, $800 sets.

After some discussion around the more common outcomes of ordering LEGO sets by post, including wrong items, non-delivery and the all-too-common damaged boxes, conversation turned to whether Semyonov should contact the LEGO Group and let them know about the oversight.

Some users took the moral high ground, such as Matches_Malone77 who said “I would let LEGO know. They do their best to be a good company and have great customer service. I think we should strive to be good in return (or just for goodness’ sake). While many in your shoes would keep it without a second thought, at least letting them know would be the morally correct thing to do.”

Meanwhile, many others took a different view, such as user Eloquessence: “If it was a product of a local, smaller shop, I would return it. As this is from Lego itself, don’t feel guilty and enjoy. They can afford the error.” Worldtraveler197 tended to agree: “I’d keep it. If this was a mom and pop shop or small business then no way but a huge corporation like Lego who just saw record profits and still raises prices?”

User Burncity1901, however, thought there were shennanigans afoot: “Is that the story your telling your partner….. yeah honey I don’t know why they sent 2.”

When ordering LEGO, you can support Brick Fanatics by purchasing it via our affiliate links. Thanks.