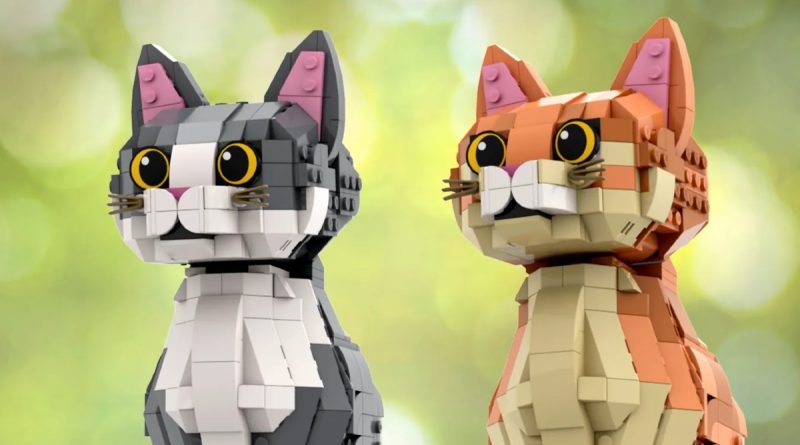 Fifty-one LEGO Ideas projects are in contention in the second 2022 review, and there are at least five that stand a genuine chance of getting the green light.

While the most likely scenario is probably that just one or two builds will advance beyond the review stage, as is usually the case for LEGO Ideas – even for its record-breaking first 2021 review, where 57 projects were up for consideration – we can at least make educated guesses about which models will be top of the review board’s list.

Taking into account the wider LEGO portfolio, the context of the Ideas theme in its current state and the target audiences for each of the 51 projects, we’ve narrowed the total number down to just five – each of which surely stands at least some chance of entering production.

Let’s start with something completely different: a British icon that’s transcended these shores to become recognisable all around the world, much like – for example – 10258 London Bus and 10253 Big Ben. Fan designer John Cramp’s 1,856-piece design embellishes its eponymous telephone box with a detailed interior, charming street backdrop and even a bright red post box.

It might not be the most exciting build in the mix, but it’s exactly the kind of display-friendly model you can picture slotting into the LEGO Ideas line-up.

4 – The Great Wave off Kanagawa

If 21333 Vincent van Gogh – The Starry Night has performed well for the LEGO Group so far, we could easily see LEGOverwatch’s The Great Wave off Kanagawa joining it in the 3D art space. The LEGO Ideas theme typically doesn’t repeat concepts (beyond sitcom sets), which could count against this stunning rendition of Japanese artist Hokusai’s best-known work – but its square base sets it apart from The Starry Night, offering a true three-dimensional build rather than a relief painting.

The LEGO Group has demonstrated countless times over the past few years that it’s only too happy to tap into the well of nostalgia for its ‘adults welcome’ range, and Jaroslaw Ksiazczyk’s Sony Walkman feels like the perfect extension of 10306 Atari 2600, 71374 Nintendo Entertainment System and so on. Perhaps more importantly, it would give the LEGO Ideas team the opportunity to launch a set that won’t break the bank – for a change…

We’ve already had birds in LEGO Ideas (all the way back in 2015), so why not cats, too? At least one of these adorable animals would likely need to be retooled before sauntering on to shelves, if only for variety’s sake, but we reckon Truman Cheng’s furry felines could make the purr-fect addition to LEGO Ideas. And given their wildly different scales, they should have no trouble sitting alongside the BrickHeadz Pets range.

If Josh Bretz and Jacob’s BTS “Dynamite” tells us anything, it’s that the LEGO Ideas team isn’t afraid to tap into the zeitgeist. That could well mean that Bluey!, based on the Australian animated series, could stand a genuine chance in this review. Fan designer Monkey Scout’s project rocketed to 10,000 votes in just three days, after all, and most parents of small kids will likely be all-too-familiar with the show – especially as it’s available internationally on Disney+.

Given its target audience, though (and without nostalgia to tap into), it could be better served as the first LEGO Ideas DUPLO set…

Click here for a complete rundown of all 51 LEGO Ideas projects in the second 2022 review. The results will likely be announced in February 2023, so we’ve got a little while to wait find out whether our predictions are accurate, but let us know in the comments which projects you think stand a reasonable chance of getting the green light.