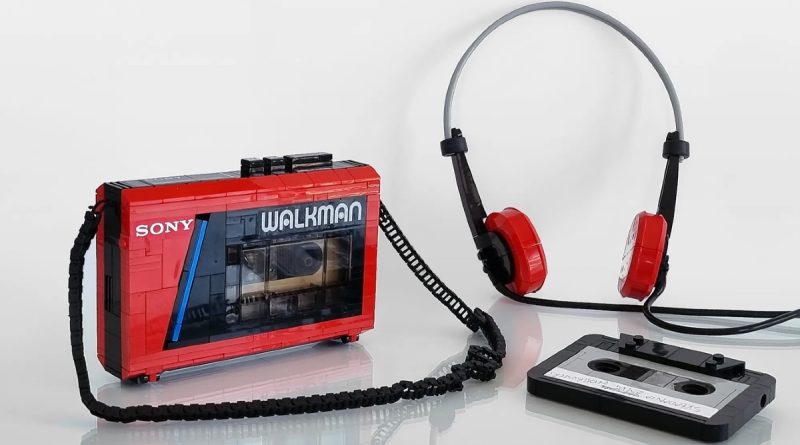 The latest LEGO Ideas 10K project takes us back to a time of cassette tapes, big hair and New Wave music with a life-size replica of a Sony Walkman WM-22.

Prolific fan builder Jaroslaw Ksiazczyk, also known as Jerac – and whose name you might recognise from his countless LEGO Star Wars custom builds, including his phenomenal Imperial Star Destroyer Chimaera – is the brains behind the LEGO Sony Walkman, which also includes a buildable tape and headphones. It all comes in at a relatively modest size, which Ksiazczyk says could make for an ‘interesting and cheap’ Ideas set.

He’s opted for bright red as the Walkman’s primary colour, but suggests on the project page that ‘more could be produced’ – perhaps in the same vein as 21329 Fender Stratocaster, which includes elements to build its guitar in either red or black. The real WM-22 was originally sold in red, blue, white and black, and found success in the early ’80s by combining a low price with a premium brand.

“There are also [a] few cool tricks to discover for the builders, be it unexpected building direction changes or unusual techniques used here and there,” Ksiazczyk adds. “Though, some of those would probably raise an eyebrow of the designer should this actually go into production.”

It’s taken exactly 13 months for the Walkman to rack up enough supporters to progress to the next phase, which means it now joins 30 other projects in the second 2022 review. The LEGO Group’s own penchant for brick-built retro objects – such as 71374 Nintendo Entertainment System and the rumoured 10306 Atari 50th Anniversary Gaming Console – could bolster its chances come review time, but we won’t find out either way for a good while yet.

For now, here’s a complete recap of every LEGO Ideas project in the second 2022 review so far: