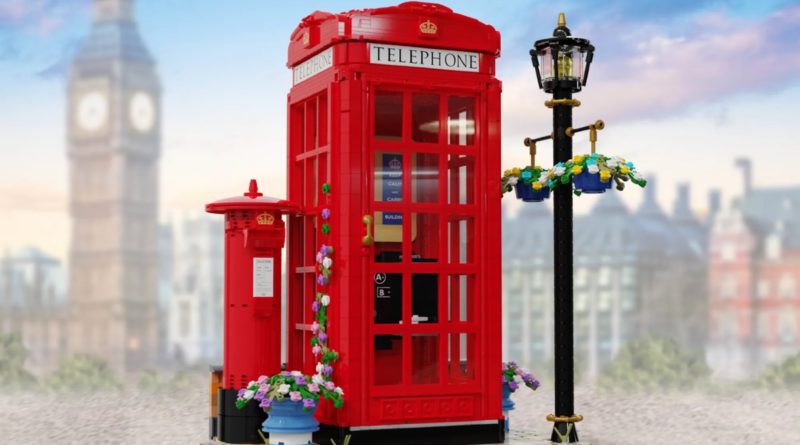 A vintage red telephone box has racked up 10,000 votes at LEGO Ideas, which means the British icon will now be considered for production as an official set.

Originally conceived by Sir Giles Gilbert Scott in 1924, the classic red telephone box can still be spotted throughout the UK, but most prominently in London. And while its intended purpose might be outdated and mostly irrelevant today, it’s still memorable and iconic enough to have made its way to the second 2022 review on LEGO Ideas.

That’s courtesy of John Cramp, who has now seen four of his projects propelled to the review stage on the crowdsourcing platform. His first three – each of which aped the LEGO Group’s own modular building format – fell at the final hurdle, so he’s changed his approach for what would surely be a more unique set, should it get the green light.

His 1,856-piece telephone box (which, unsurprisingly, isn’t minifigure-scale) also includes a slice of street scenery, with another British icon – the red post box – and a street lamp with hanging baskets. Inside the phone booth itself, you’ll find a detailed interior, complete with an information board, a ‘keep calm and carry on’ poster, and (of course) a vintage telephone.

It’s as quintessentially British a build as you’ll likely find on LEGO Ideas, but given the LEGO Group has already embraced a few cultural icons from this side of the Atlantic – such as 10258 London Bus and 10253 Big Ben – there’s nothing to say Cramp’s telephone box won’t also make the cut.

We’ll find out for sure when the results of the second 2022 review are announced, which is some way off yet. For now, the Red London Telephone Box joins 23 other projects in this round, the qualifying period for which closes in September. Here’s the full rundown to date:

Please consider supporting Brick Fanatics by purchasing your LEGO via our affiliate links.