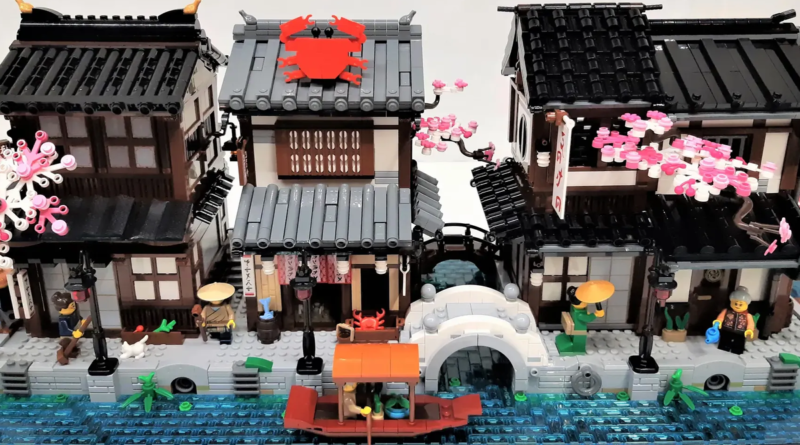 A classically-styled LEGO model has earned the necessary votes to join the second 2022 LEGO Ideas review stage, and may become an official LEGO set.

Traditional Japanese Village is the creation of LEGO Ideas user DnA Bricks. The set takes its cues from Japanese architectural styles, with plenty of wooden panelling and cherry blossom trees to be found here. Peeking inside the buildings reveals other features like bamboo plants, samurai armour and bowls of sushi, to make it clear where the events are unfolding.

The model is impeccably styled, although it does appear to draw heavy inspiration (and a number of elements) from the NINJAGO City sets produced by the LEGO Group. While this project is presumably designed as a companion to those models, its overt similarity may (ironically) dampen its chances of becoming a real set. Particularly since one of them (71741 NINJAGO City Gardens) is still available to buy.

And, of course, becoming a real LEGO set is the goal of this. By securing 10,000 supporters on the LEGO Ideas website, the Traditional Japanese Village earns a spot in a LEGO Ideas review stage. This means the LEGO Group will examine it more closely and (if they think it’s suitable) turn it into a set the rest of us can buy.

However, the chances of any LEGO Ideas submission becoming a set remain slim. Despite multiple submissions gaining the requisite votes each time, only one or two projects from each Review Stage typically get turned into official products.

You can read about the previous projects to qualify for this LEGO Ideas review stage below: