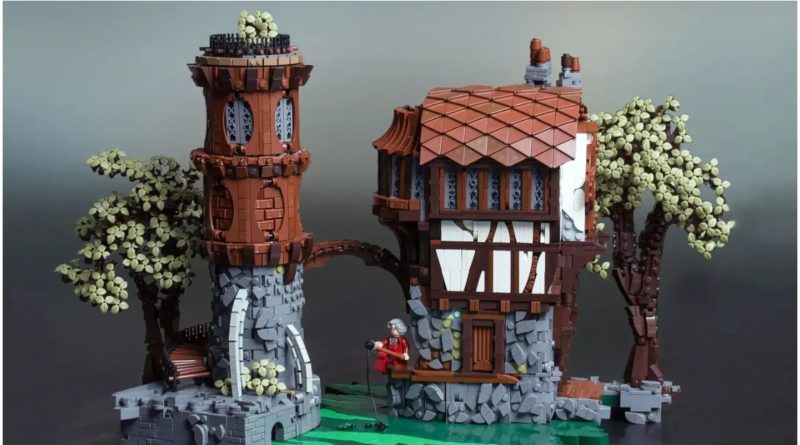 One more fan-made creation is a step closer to becoming an official LEGO set after reaching the 10,000 vote milestone on LEGO Ideas.

This oldy-woldy fishing diorama was created by 10k Club Member, Ralf Ranghaal, who already has three projects in the review phase. Unlike a lot of LEGO Ideas submissions which are made using digital design software, this display model was created using real LEGO pieces. The textures on show are stunning, especially the tiled roof and cobblestone walls.

Fans might be disappointed that there’s just one minifigure though, hopefully the LEGO Group can remedy that issue if the set gets approved.

The second LEGO Ideas review of 2022 is filling up quickly, with five other projects also awaiting review. Here’s the current list:

All of these projects will be hoping to emulate the success of 21333 Vincent Van Gogh – The Starry Night which will be released soon, with early access for VIP members.