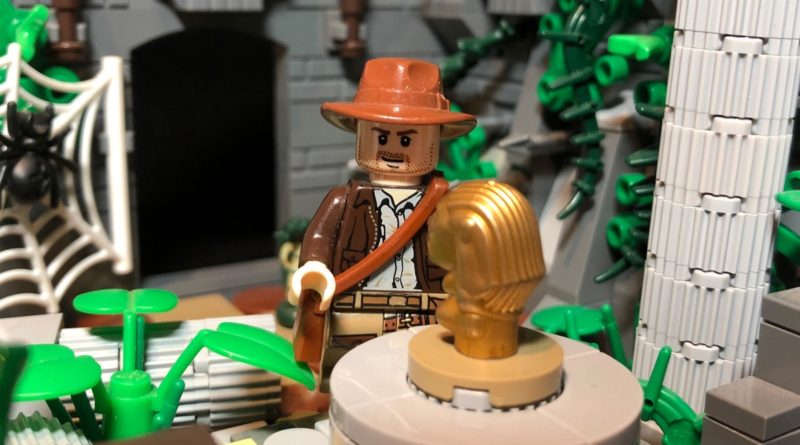 A LEGO Ideas project designed to celebrate the anniversary of Indiana Jones has finally cracked 10,000 votes – a year after Raiders of the Lost Ark turned 40.

Simon Scott originally submitted his Indiana Jones project in January 2021, six months ahead of the 40th anniversary of Raiders of the Lost Ark. That was always going to be too late for the project to land on shelves in time for the original movie’s milestone, but if the set does get the green light, it could actually end up arriving in time for the Temple of Doom’s 40th anniversary.

That’s because the detailed diorama – which recreates the opening scene of the movie across three large vignettes – has only just reached the review stage, and now becomes the second project in the second 2022 review. The results of this review will likely be announced in February 2023, with any successful projects landing in 2024 – 40 years after the second Indy movie hit screens.

There’s one major obstacle to Scott’s project making the cut, though, and that’s the existence of the currently-untitled Indiana Jones 5. The long-gestating sequel is due to arrive in cinemas in 2023, and while nothing is confirmed yet, it doesn’t seem unreasonable that the LEGO Group would take the opportunity to resurrect its own Indiana Jones theme.

If that happens, Scott’s submission would end up conflicting with products in the current portfolio, thereby preventing it from proceeding beyond the review phase. We’ll find out for sure next year, but for now, here’s a quick round-up of both projects in the second 2022 review so far: