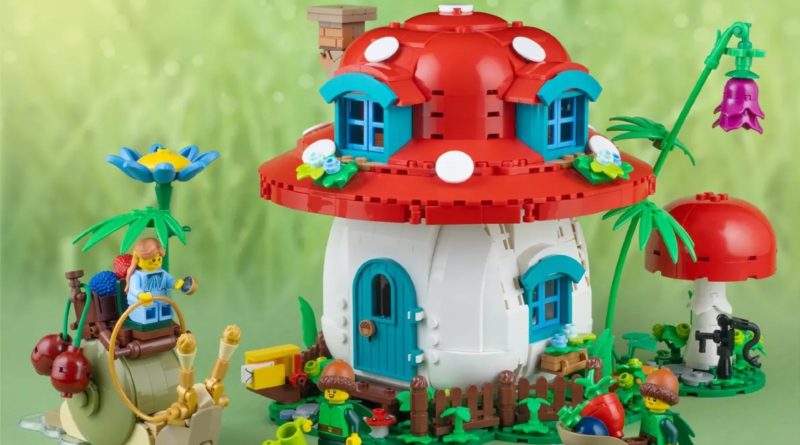 The second 2022 LEGO Ideas review is now home to a camera, Lilo & Stitch and a mushroom house as another project reaches 10K supporters.

Coming from the mind of JonasKramm is LEGO Mushroom House, the most recent submission on LEGO Ideas to reach 10K supporters and pass into the second 2022 review phase.

You might recognise their name from a previous Viking project that made it into another review round but was ultimately not selected for a future set. That might have been because 31132 Viking Ship and the Midgard Serpent was already in the works.

The project proposes a two-storey mushroom house with a second, smaller mushroom as a side build as well as a snail with saddle, wheelbarrow and three minifigures. The inspiration for the model seems to be the Forest Elf from 71032 Series 22.

It now joins 11 other projects in the second 2022 LEGO Ideas review, as the latest stage continues to accept submissions.