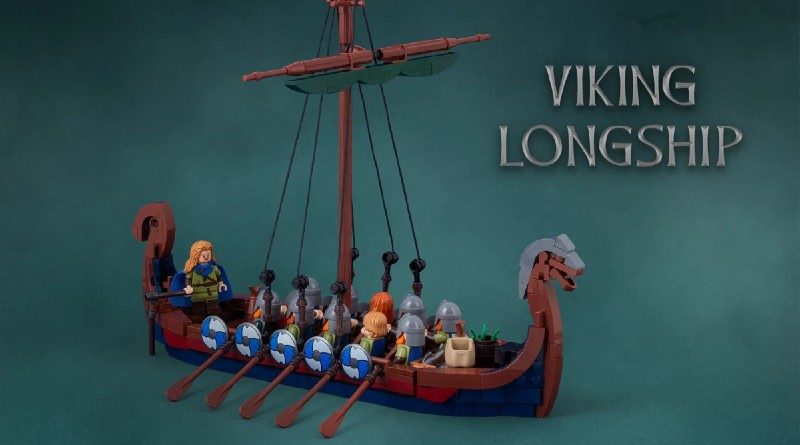 You know the story by now, another LEGO Ideas set has passed into the review stage, but this latest project is focusing on a recognisable point in history that the LEGO Group has barely touched on before.

JonasKramm is the latest LEGO Ideas member to enter the 10K club with their Viking Longship project. It proposes the iconic Nordic vessel complete with interchangeable figureheads and a fully-armed crew.

The LEGO Group has run it’s own Viking theme before, which lasted from 2005 to 2006 and included mythical creatures and sea serpents. However, this project differs in that it aims to provide a historically accurate point of view in a singular, detailed ship. Most of the minifigures in the set are suggested to be the same as from one of the newer Collectible Minifigures Series but it’s not hard to imagine that at least a few of the 11 minifigures would be entirely new depictions.

The Nordic culture of Vikings is definitely one that could inspire some more sets, and this project also proves that they can have interesting play features too with a tilting mast, something the people used to pass under bridges. This is the 39th project in what has become the largest LEGO Ideas review round yet, with more than two months to go until it closes. Here are all the projects: