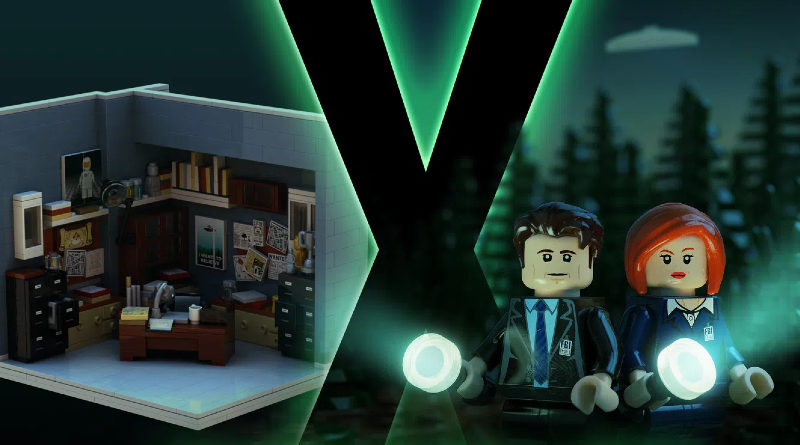 An X-Files project might be the next LEGO Ideas set as another project reaches 10,000 supports and passes through to the review stage.

The next LEGO Ideas review is already filling up as yet another project reaches the necessary support, this time based on the X-Files TV show from 1993.

Brent Waller is the creator behind the project which started in early 2019. The X-Files: I Want To Believe has now hit 10,000 supporters meaning it stands a chance at becoming a real LEGO set. The original submission proposes a playset of Fox Mulder’s office with posters, documents and plenty of references.

The model of FBI Agent Fox Mulder’s office is about 650 pieces in size and proposed minifigures includes Fox Mulder, Dana Scully, two Aliens and Assistant Director Walter Skinner. On the wall of the office are pieces including a Classic Space astronaut poster, an “I Want to Believe” poster, an evidence board and more.

This isn’t the first of Brent Waller’s project to reach success on LEGO Ideas with two projects currently in review and a Seinfeld project approved and becoming a real LEGO set.

The X-Files: I Want to Believe
Castle of Lord Afol and the Black Knights
Among Us: The Skeld Detailed Map
The Office
The Shire