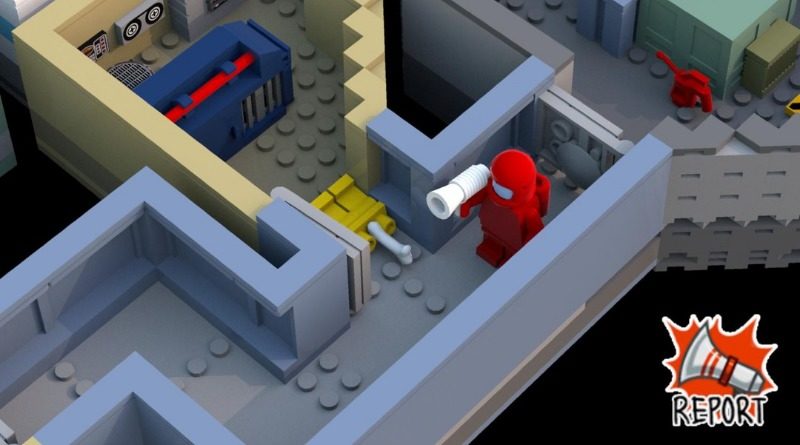 Among Us has another shot at becoming an official LEGO set, as a second project based on the hit video game has achieved support on LEGO Ideas.

The first – by creator MinifiginDisguise – is currently under review by the LEGO Group, with the results expected in the summer. But should that proposal fall at the final hurdle, the social game will get a second chance with VaderFan2187’s Among Us: The Skeld Detailed Map.

As its name implies, the project offers an incredibly detailed minifigure-scale realisation of the game’s main map, The Skeld. And it’s packed with play features, from firing cannons in the weapons room to a trash disposal that genuinely ejects small pieces of LEGO garbage.

“I referenced a detailed map of the in-game Skeld when building it, so every task (including wires, manifolds, downloads, power diversions, engine refueling, and more) is present!” VaderFan2187 explains on the project page.

It’s one of three projects currently in the running for the first Ideas review of 2021, and we’re only two days into the current qualification period. Could we see yet another record-breaking number of projects qualify for this review? Time will tell, but current momentum suggests so.

Here’s the full list of projects in the first Ideas review of 2021:

Among Us: The Skeld Detailed Map
The Office
The Shire