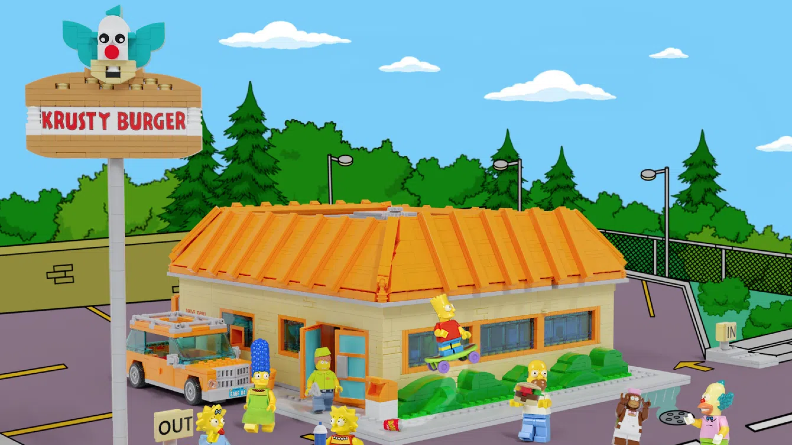 A LEGO Ideas project themed to The Simpsons TV show has hit 10,000 supporters, in what is slowly becoming a very full LEGO Ideas review.

When it comes to The Simpsons, there are a few locations more iconic than any other in Springfield. The Simpsons’ house, the Kwik-E-Mart and of course Krusty Burger. Two of those have already been fulfilled in LEGO, and one fan is proposing a set of the other.

The Simpsons – The Krusty Burger was created by FastBrickStudios and has managed to reach the fabled 10,000 supporters needed to potentially become a real LEGO set.

The project proposes a brick-built model of the fast food restaurant in the same scale as 71006 The Simpsons House and 71016 The Kwik-E-Mart, two Simpsons sets that have now retired.

The Krusty Burger project includes a full interior featuring dining space, the kitchen and a drive-through window for the iconic family to pick up their meals from.

This proposal for a return to The Simpsons theme is the seventh project to be included in the latest round of the LEGO Ideas review. Here are all the builds featured in this round:

The Simpsons – The Krusty Burger
The House of Chocolate
The X-Files: I Want to Believe
Castle of Lord Afol and the Black Knights
Among Us: The Skeld Detailed Map
The Office
The Shire