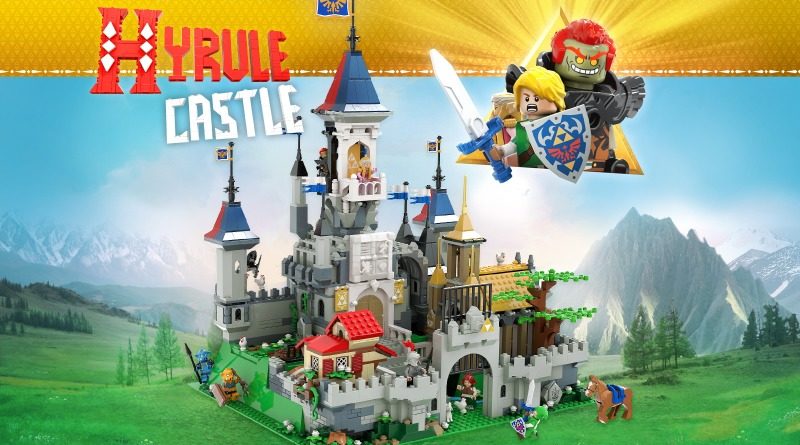 Yet another LEGO Ideas project based on The Legend of Zelda has achieved support, proving there’s still a huge appetite for one of Nintendo’s most iconic franchises.

The LEGO Group first teamed up with Nintendo in 2020 for the LEGO Super Mario theme, which has so far focused solely on characters from that intellectual property. But LEGO fans are clearly hungry for more from that partnership, as Artem Biziaev’s Hyrule Castle is the seventh Ideas project based on The Legend of Zelda to reach 10,000 votes.

What’s particularly telling is that Artem’s sprawling build gathered the necessary support in a little under four weeks. It’s not quite the fastest project to reach 10K, but it managed it in six days fewer than BrickGallery’s Hyrule Castle, which was rejected during the first 2020 review.

This latest Legend of Zelda proposal focuses heavily on play in its depiction of Hyrule Castle, with rotating towers, hidden treasure, exploding walls and plenty more. It’s still a sizeable model, though, coming in at roughly 2,600 pieces with eight minifigures.

Artem’s build will now march into the first review of 2021, joining 11 other projects awaiting consideration from the LEGO Ideas team. Here’s the full list of builds in the running:

Hyrule Castle (The Legend of Zelda)
The Karate Kid “Wax On, Wax Off”
Scania Next Generation S730
4½-Litre 1927-31 Bentley ‘Blower’
Asterix and Obelix
The Simpsons – The Krusty Burger
The House of Chocolate
The X-Files: I Want to Believe
Castle of Lord Afol and the Black Knights
Among Us: The Skeld Detailed Map
The Office
The Shire

The next LEGO Ideas set to hit shelves will be 21325 Medieval Blacksmith, which arrives on February 1. 21326 Winnie the Pooh is then expected to arrive in April, with its price tag recently confirmed by a Canadian retailer.