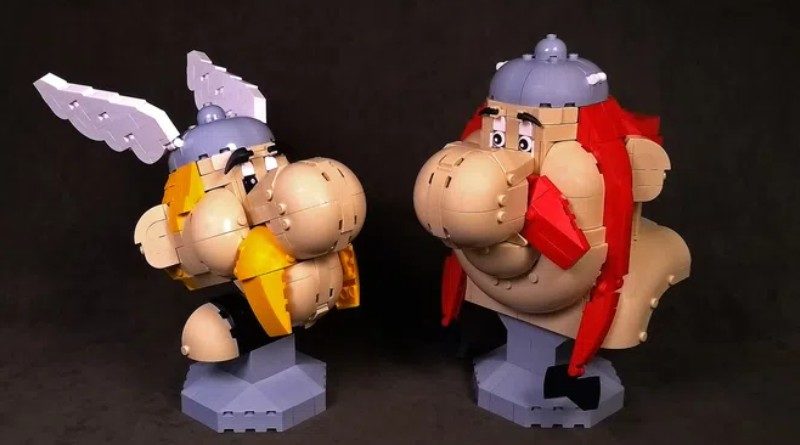 Another LEGO Ideas project has reached the fabled 10,000 supports, this time themed to the Gaulish warriors, Asterix and Obelix.

The next LEGO Ideas review is already starting to fill after less than halfway into the first month of the most recent review. And now, another IP-based project has gathered enough support to be considered to become a real LEGO set.

Asterix and Obelix from ZetoVince37 is the latest LEGO Ideas project to pass into the review, proposing a pair of busts based on the iconic comic duo. For the unfamiliar, Asterix and Obelix is a comic book and animated series featuring two Gaulish warriors, who adventure and fight the Roman Republic during the era of Julius Caesar.

The quarter dome pieces being introduced into the world of LEGO bricks inspired this build, which started with Obelix, but eventually, ZetoVince37 found himself completing the pair.

Asterix and Obelix is the eighth project in the current round of the LEGO Ideas review. All of the projects in this round of the review stage are:

Asterix and Obelix
The Simpsons – The Krusty Burger
The House of Chocolate
The X-Files: I Want to Believe
Castle of Lord Afol and the Black Knights
Among Us: The Skeld Detailed Map
The Office
The Shire