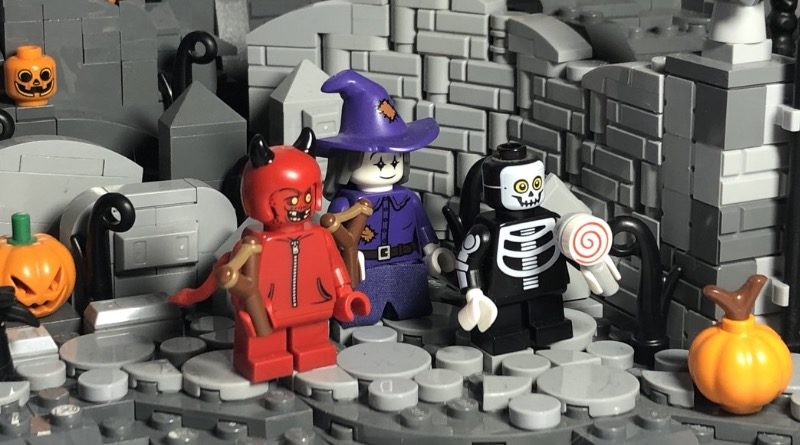 A LEGO Ideas project based on The Nightmare Before Christmas has cracked 10K, meaning we could one day see a minifigure-scale LEGO set inspired by the classic Tim Burton movie.

We’ve already had minifigures of its two protagonists, Jack Skellington and Sally, through Collectible Minifigures 71024 Disney Series 2, and a BrickHeadz set that includes both characters in statuette form.

Simon Scott’s The Nightmare Before Christmas – Halloween Town project mixes things up, however, by proposing a minifigure-scale slice of the film’s moody setting, combining Jack’s house with Spiral Hill and a section of the Town Plaza.

The build uses approximately 1,300 pieces and contains six minifigures, and was originally built for Scott’s wife. “The movie combining two favourite times of year is so well known and loved by all ages,” the builder explains on his project’s page.

“Adults who watched it over 25 years ago are now watching it with their own children – myself included! This cross-generation [sic] appeal of such a unique movie deserves to have its own set immortalised in LEGO.”

Scott’s project will now advance to the review stage, becoming the 24th project in the first 2021 review. We’ve still got three months to go in this qualifying window, so it already seems inevitable that it will smash the previous record of 35 projects in a single review.

Here’s the full list of projects that have reached 10K in this review so far:

The Nightmare Before Christmas – Halloween Town
The King’s Castle
The Sewing Workshop
Forth Bridge
A Nice Day at the Farm
The Castle of Brickwood Forest
Baba Yaga
Claus Toys
Animal Crossing: New Horizons Paradise
NASA’s SLS & Artemis
LEGO bookends
Metroid: Samus Aran’s Gunship
Hyrule Castle (The Legend of Zelda)
The Karate Kid “Wax On, Wax Off”
Scania Next Generation S730
4½-Litre 1927-31 Bentley ‘Blower’
Asterix and Obelix
The Simpsons – The Krusty Burger
The House of Chocolate
The X-Files: I Want to Believe
Castle of Lord Afol and the Black Knights
Among Us: The Skeld Detailed Map
The Office
The Shire