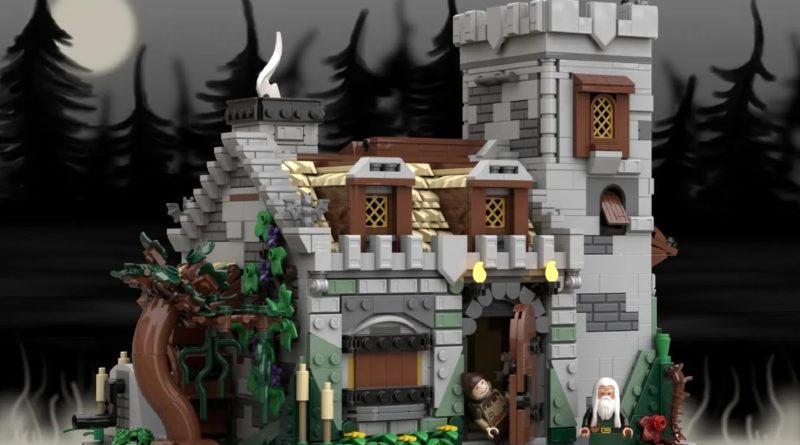 LEGO Ideas is getting medieval again as a castle-adjacent project enters the second 2022 review, switching the focus from fortresses to alchemy.

Even with rumours of a new LEGO Castle later this year, the users at LEGO Ideas continue to demonstrate demand for more medieval models as an Alchemist has from _MrB_ is now in the second 2022 review round.

A tall tower sits at one end of the stone laboratory, with multiple floors to pose minifigures and perform whatever experiments you have in mind. Alchemy was a topic not covered as prominently as traditional magic in LEGO Castle, a fact that the description of the project recognises with the fan designer wanting to depict something unusual compared to the various Medieval submissions on the platform.

This is the eighth project in the second 2022 LEGO Ideas review. Provided it impresses the judges, this project might be a good follow-up build to 21325 Medieval Blacksmith. Here are all the submissions in the round so far:

The next official LEGO Ideas set is 21333 Vincent van Gogh – The Starry Night. VIP members can secure the model now but those yet to sign up will need to wait until June 1 to order.

Support the work that Brick Fanatics does by purchasing your LEGO Ideas sets using our affiliate links. Thanks!