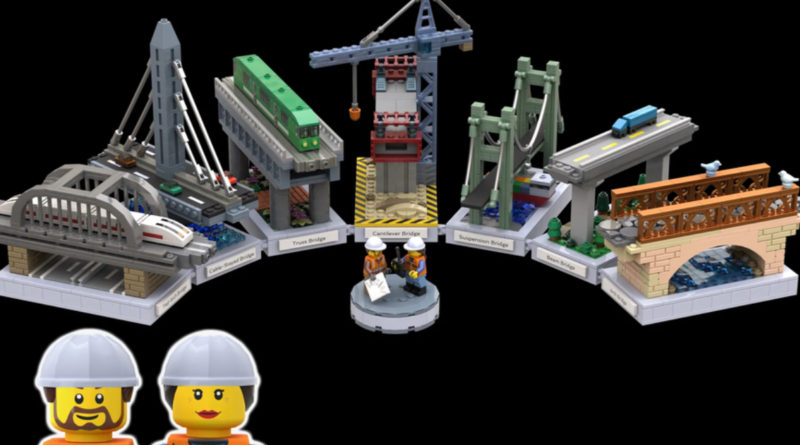 A new LEGO set exploring a variety of real-world bridge designs has joined several other models in the second LEGO Ideas 2022 review stage.

The World of Civil Engineering: Types of Bridges takes a close look at engineering feats in the real world. It uses LEGO elements to recreate seven different bridge designs, which each use different construction techniques to solve real-life engineering problems. The model was designed by LEGO Ideas user MOCingbird, who has submitted several other projects to a mixed reception.

A cantilever bridge, arch bridge, truss bridge, suspension bridge, tied-arch bridge, beam bridge and cable-stayed bridge can all be found here. Naturally only a small section of each bridge is included, and they’re scaled much smaller than many LEGO sets. However, two engineer minifigures (one male, one female) can be found here alongside a small display stand and some accessories.

The LEGO Ideas theme hasn’t shied away from educating LEGO fans on previous occasions; some of its sets have shone a spotlight on topics like astronomy and paleontology. 21312 Women of NASA – for example – featured four significant figures from NASA history, including two of the first women to travel into space. From that perspective a set like this seems to have a good chance of success, especially since there are (we assume) no licensing costs to worry about.

The other candidates for the second LEGO Ideas 2022 review stage can be found below: