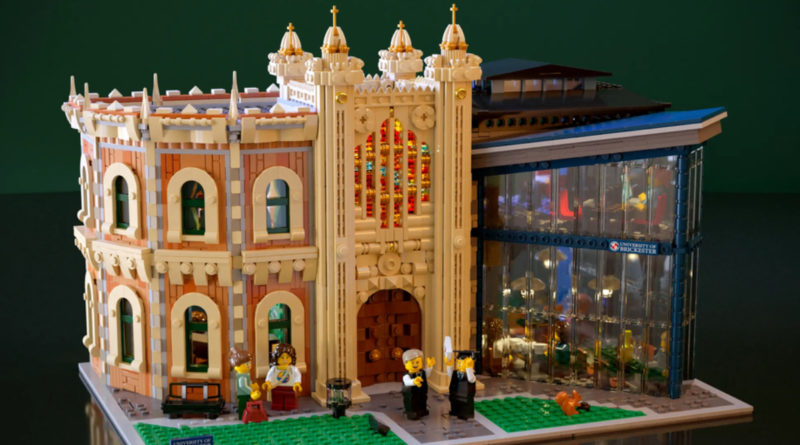 Another new project has reached the second LEGO Ideas 2022 review stage, offering a lavish seat of learning for any LEGO minifigure to enjoy.

The University of Brickester (which isn’t a LEGO Island reference, somehow) has been created by user Lepralego. They’re also responsible for another recent Ideas success, suggesting a fierce creative impulse.

This model draws inspiration from the colleges of various British universities,  without being beholden to any particular one. It reflects the architectural choices of these modern-day institutions, which mix and match old and new buildings as they expand.

The inside of the building includes amenities like a canteen, a chemistry lab, a lecture hall and a computer room. The back of the design is open to allow for easier access, and a mix of students and faculty can be found walking its halls.

LEGO sets have recreated educational institutions on a few different occasions in the past, although they tend to focus on primary and secondary education. As such, there’s a clear gap in the market for a university set – although whether that will give it the edge remains to be seen.

In any case, the University of Brickester joins a long list of other sets in the second LEGO Ideas 2022 review stage – which means that, pending additional examination, some of these could become proper LEGO sets in the near future. You can learn more about the other ones below: