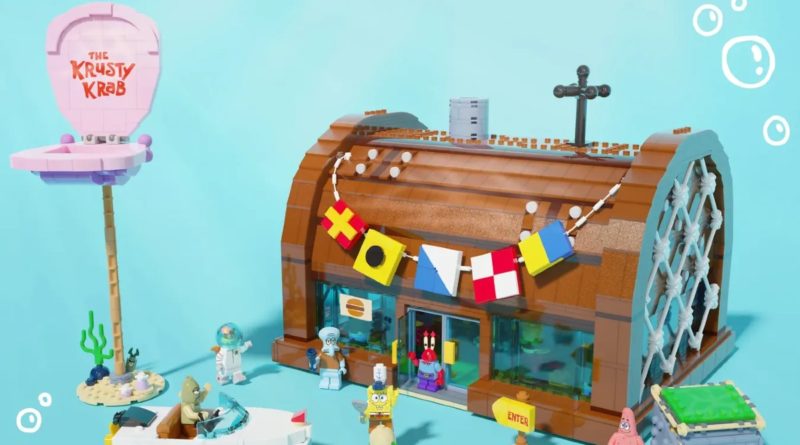 A familiar restaurant from Bikini Bottom might be a future LEGO Ideas set as a Spongebob project enters the second 2022 review phase.

Inspired by Spongebob Squarepants and coming from the mind of Lanko, their first only project on the platform has reached 10,000 supporters, meaning The Krusty Krab now has a chance at becoming a LEGO Ideas model.

The world of Bikini Bottom is familiar territory for the LEGO Group as it was a previous theme with two sets based on the home of the Krabby Patty. 3825 Krusty Krab was released in 2007 and 3833 Krusty Krab Adventures in 2009. While on featured a more complete version of The Krusty Krab, neither compares to the size of the LEGO Ideas project.

Featuring six minifigures and a modular build that allows you to access the fully-furnished interior, The Krusty Krab – Spongebob Squarepants proposes using plenty of elements from the now-retired theme. However, previous LEGO Ideas sets such as 21326 Winnie the Pooh have featured a variety of new elements before so it’s not entirely out of the question for these bricks to be brought back or remade to suit modern standards.

The Krusty Krab is the 18th project in the second 2022 review, which now contains the likes of Lilo & Stitch, Jim Henson’s Labyrinth, a university and more all competing for the judges’ favour.