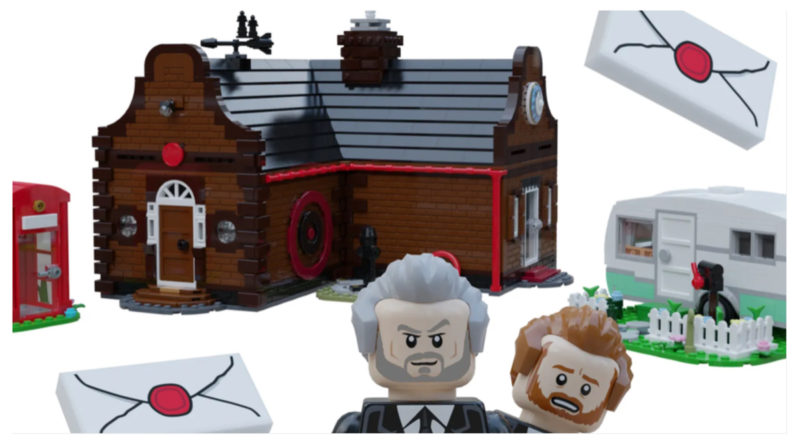 Challenge accepted! A LEGO Ideas submission based on the TV show Taskmaster has received 10,000 votes and will enter the next review phase.

There are now 21 sets in the running for the next LEGO Ideas review as a model of the Taskmaster house, designed by SJs Workshop, reaches the 10,000 vote milestone.  It’s unlikely to stop there either, with six more designs already past the 9k marker.

The show, which has been running in the UK since 2015 and has spawned spin-off versions around the world, sees contestants faced with ever more bizarre challenges set by co-host, Alex Horne, and their efforts are then judged by the Taskmaster himself, Greg Davies. The design, which has just over 2,000 pieces, features a number of familiar locations from the show, including the Taskmaster House itself, with its lab, kitchen, lounge and hallway, plus the phone box and caravan which frequently appear.

The set, which has a removable roof, includes a great number of Easter eggs and references for fans to spot, including a tragic potato, Patatas the cat, a hiding spider and a microphone for singing songs about Rosalind. All of which is probably hilarious for fans of the show, and baffling for those who haven’t seen it. The submission also includes two minifigures, representing Davies and Horne.

The set joins 20 other designs in the next review, and you can see details of each in the list below.

Support the work that Brick Fanatics does by purchasing your LEGO sets via our affiliate links. Thanks.