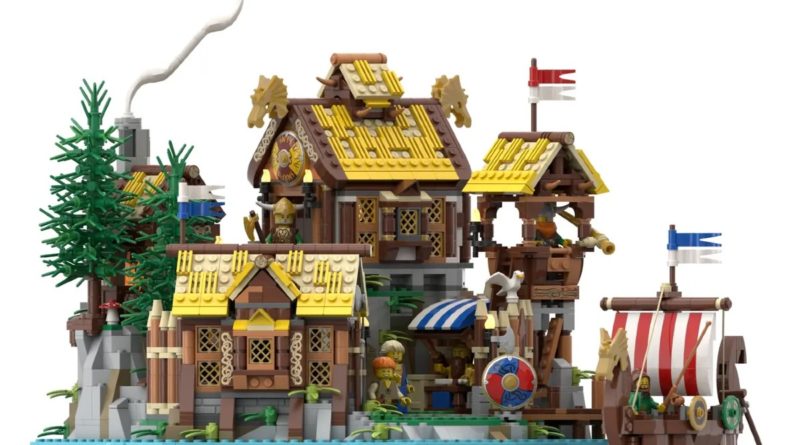 There are now two Viking projects from the same user up for contention as future LEGO Ideas sets, both in separate forms of review rounds.

You might remember Viking Village from BrickHammer from the LEGO Ideas x Target fan vote, which would see it or one of two other projects get made into a bonus LEGO Ideas set despite being rejected in their review rounds. Well, another viking island from the same user has just reached 10,000 votes on the platform, passing into the second 2022 review.

While we don’t yet know the results of the fan vote, it seems likely that if the older Viking Village is picked for the bonus model the newer version would stand less of a chance in the second 2022 review.

There are plenty of similarities between them but they’re not exactly the same, with differences in the rockwork and the inclusion of a small longship in the newer version. We’ll have to see which, if any, of the Viking Villages gets made into a LEGO Ideas set in the future, but the yellow-roofed model joins 18 other projects in the second 2022 review round in the meantime.

Here’s every project in the second 2022 LEGO Ideas review so far: