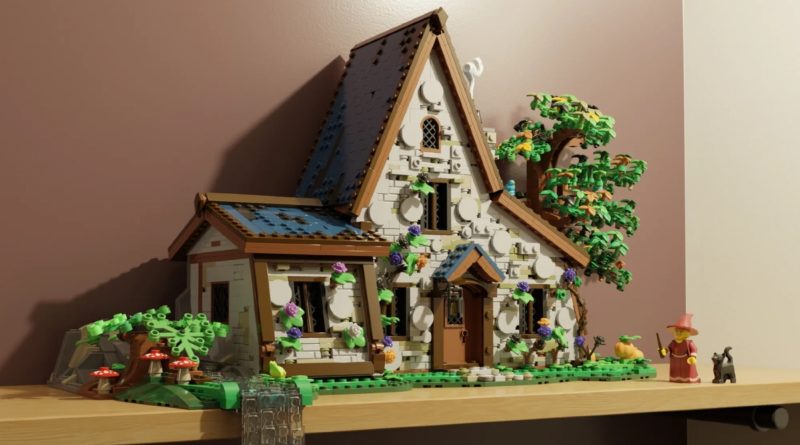 A fantasy-themed Witch House has amassed 10,000 votes on LEGO Ideas in just over a month, casting it straight into the second 2022 review.

Determined to make magic on the crowdsourcing platform are Lionel Martin and Max Brich, who collaborated to bring the 2,500-piece build to life in bricks. Their aim was to ‘present a rehabilitated version of the witch, close to nature, benefactress and healer’, in contrast to the character’s typical representation in medieval folklore.

In designing the detailed model, the pair ‘paid particular attention to the structure of the walls and the harmony of the whole’, according to the project’s page. They submitted Witch House on May 18, 2022, and it’s already racked up the required number of votes to progress to the next stage on LEGO Ideas only a few weeks later.

That means the intricately-designed build will now form part of the second 2022 review, and will be considered for production as an official LEGO set by the Ideas review board. We won’t find out whether it gets the green light for a little while yet, though, as the qualifying period for this review will run all the way through to September.

Here’s the full list of projects currently in contention in this review phase, which already totals some 25 different builds:

Please consider supporting Brick Fanatics by purchasing your LEGO via our affiliate links.