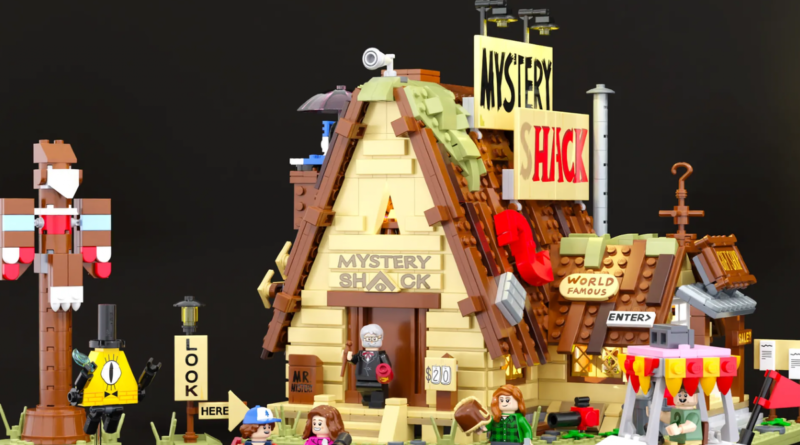 A LEGO set inspired by the hit show Gravity Falls has earned a spot in the LEGO Ideas Second 2022 Review Stage, and may become an official set.

Debuting in 2012 and created by Alex Hirsch, the Disney TV show follows twins Dipper and Mabel during their summer vacation. After travelling to the distant town of Gravity Falls, the two discover it’s full of mysterious creatures and strange phenomena. The two set out to unravel the town’s mysteries before their vacation ends.

Gravity Falls has earned a cult following over the years, with this LEGO set depicting the show’s Mystery Shack. This tourist attraction is run by Dipper and Mabel’s sleazy Grunkle (i.e. great-uncle) Stan, and serves as a base of operations during the show.

The model depicts both the shack and its interior, featuring several characters and references to the show’s events. Minifigures of Dipper, Mabel, Grunkle Stan, Wendy and Soos are all included in the set. Pet pig Waddles and Bill Cipher (the series’ ultimate villain) can also be found here.

Of course, until the Review Stage comes to pass it’s anyone’s guess what will happen. Any LEGO Ideas project that gains 10,000 votes on the LEGO Ideas website is automatically added to a LEGO Ideas Review Stage. This means it is scrutinised by the LEGO Group to see if it’s a viable product. Inevitably, though, only one or two projects make it onto shelves each time.

The other projects in the latest Review Stage can all be found below: