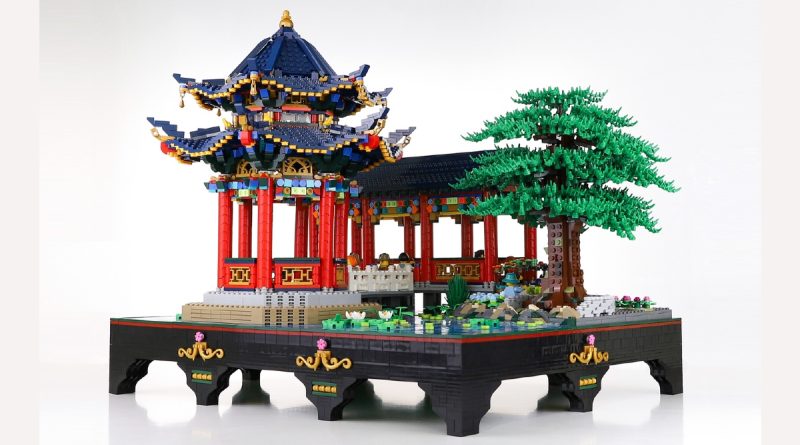 A huge Chinese Gardens build has racked up 10,000 votes on LEGO Ideas, bringing a slice of scenic architecture to the second 2022 review.

Hong Kong-based Ideas user lfthan’s project is also the 30th to make the grade in time for the second 2022 review, the qualifying window for which will remain open until early September. At this rate, we could be on course for another record-breaking review, or at least something close – especially with three more projects currently very near to reaching the 10K mark.

Regardless of how many projects make the cut, though, there’s no guarantee that we’ll see an increase in the number given the green light. Case in point: the third 2021 review contained a total of 36 projects, but only one was approved for production when the results were revealed earlier this week. That means lfthan’s Chinese Gardens will likely find it even tougher to stand out in an increasingly-packed second 2022 review.

That’s not for the want of trying, of course, because it’s clearly a beautiful and intricate build, combining elements of Chinese architecture with nature for a bright, colourful and visually arresting model. According to lfthan, the project is intended to ‘share the beauty of Chinese architecture’, to help people understand ‘the wisdom and artistic pursuit of the ancients’.

“Architecture is closely related to our life,” the builder explains on the project page. “It can be seen everywhere in modern life. Architecture not only embodies people’s wisdom, but also reflects people’s pursuit of architectural art, which has been the same since ancient times. Garden is a kind of art form that combines architecture with natural scenery.”

There’s another obvious obstacle for Chinese Gardens beyond just the longlist of LEGO Ideas projects in this round, though: we’ve already seen similar expressions in the likes of 71741 NINJAGO City Gardens and 80107 Spring Lantern Festival, so the LEGO Group may consider lfthan’s build to clash just a little too closely with its existing portfolio.

We’ll find out for sure when the results of the second 2022 review are announced, but for now the total list of projects in contention continues to gather steam. Here’s all 30 so far: